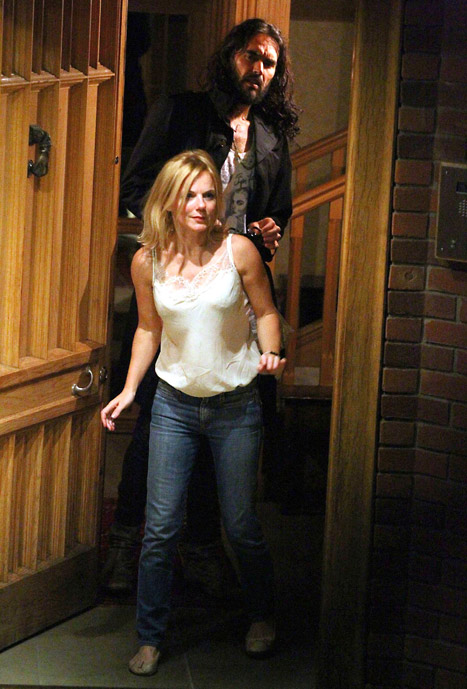 Russell Brand has said he always uses a condom before getting intimate with someone. The comedian/actor who has been linked to Geri Halliwell and two glamorous British models in the past year, insists that he always makes sure he’s having safe sex by using a condom – probably because he doesn’t want kids… not necessarily because he prefers staying safe in the bedroom department. Ha.

Well, whatever his reasons, Brand is a good man – no matter how upset we were when he divorce Katy Perry. He constantly gives back to charities, lets homeless people shower and eat in his multi-million dollar home in Los Angeles, so hearing that he prefers having safe sex by using a condom as opposed to going without one is very surprising yet another reason why you got to love Russell.

“I always wear condoms. He just kept trying to imply I have sex without them,” Brand is quoted by The Sun as saying. “He kept on and on about it. It sounded like an obsession and that he’s spent a lot of time thinking about it. I’m not entirely sure how I can prove it to him.”

The actor also joked: “I carry some with me all the time. In fact I think it’s even wise to consider wearing one all the time, even when no sexual activity is anticipated. You can never be too safe.” Geri’s recent romance with the comedian was causing headlines, but Russell continues to deny these reports by saying: “We’ve been in some odd positions together but only in a yoga sense.”