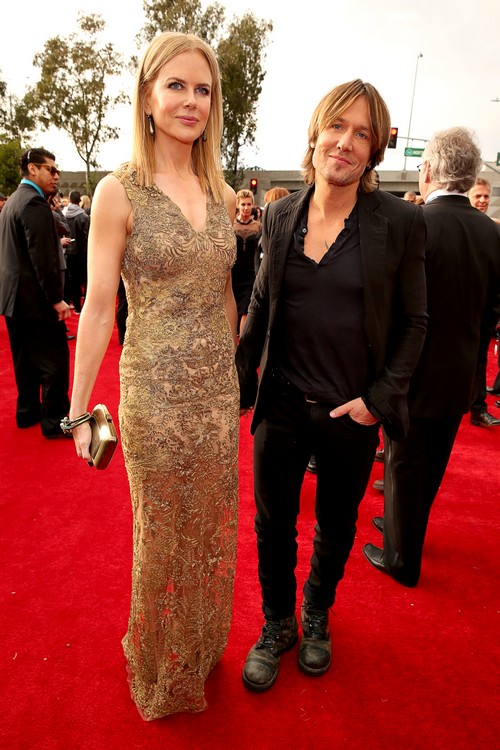 The 55th Annual Grammy Awards airs tonight on CBS, live from the Staples Center in Los Angeles from 8–11:30 p.m. (ET/PT) and we have the red carpet arrival photos for your enjoyment.

CBS has been adamant that they want to keep the amount of skin and accidental exposure to a minimum.  Will celebs listen tonight?  The celebs love to show their skin, and shouldn’t they be allowed to do that? Do you think our society, especially where TV is concerned, is too obsessed with censorship?