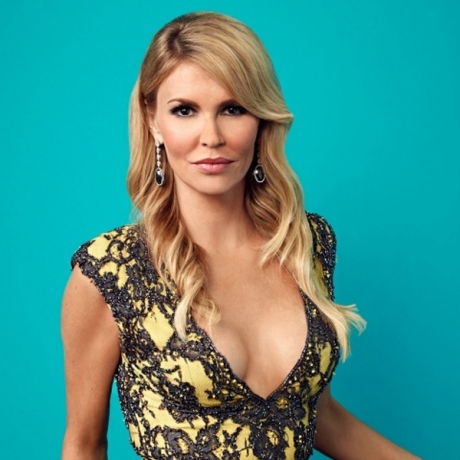 Brandi Glanville has said that she does feel bad about some of the things she wrote in her book, Drinking & Tweeting and other Brandi Blunders, about her relationship to Eddie Cibrian and her on-going feud with singer LeAnn Rimes. Glanville revealed how LeAnn would constantly flirt with Eddie during the time she was still with Cibrian, before adding that Eddie was terrible in bed when he started using hair-growth creams in hopes that it would stop his hair-loss.

Though she admits that some of the things she had written can be a little big to much to take in for the average reader who happens to be a fan of LeAnn or Eddie, Glanville felt like it just had to be done. Of course she had to leave some of the juiciest things out so that Rimes and Cibrian wouldn’t end up suing her for something that was said in the book.

“I feel bad about some of the things I have to say,” Glanville told the New York Daily News. “I do have a conscience.” However, Glanville added: “Then it’s like, ‘F**k it, let’s put it in the book’. We did take some things out for legal reasons, though.” Oh and it didn’t stop there! Brandi says she knows LeAnn is going through a troubled time in her life, so once she reads the book, she joked it won’t make it any easier: “The truth is, this book is not going to help. But I have to do what I have to do.”

Brandi says she had no plans on trying to get split Eddie’s relationship up with LeAnn but she knows for a fact that their marriage will come crashing down sooner than later, just because Cibrian doesn’t know how to stay faithful to just one person: “I don’t want them to break up. My best revenge is him having to be with her forever. But I don’t think that one woman will ever be enough for Eddie. Also, in their relationship, she’s the celebrity. He has taken a back seat for now, but that’s only going to last a while. He sees what she’s doing to their reputation. He’s not stupid.”