Kanye West Puts Kris Jenner In Her Place: No “K” Name Baby For His Child 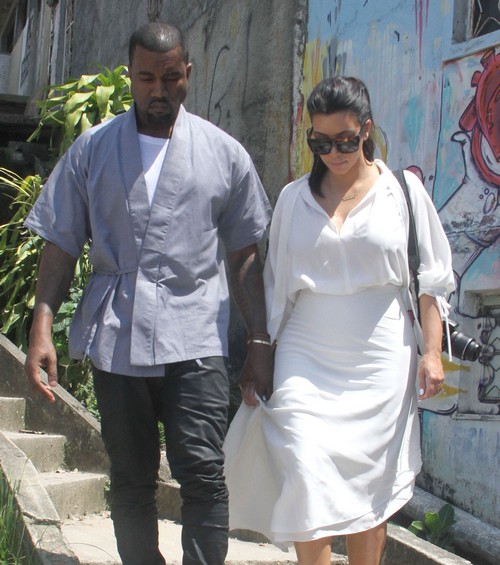 Kris Jenner wanted to expand the Kardashian “K” brand by having her new grandchild’s name start with a “K”.  BUT, Kanye West put a stop to those plans.  Kanye let Kris know in no uncertain terms that she was not going to dictate the name of his baby with Kris’ daughter Kim Kardashian.

According to Calvin Blanco, “Kris Jenner and Kim have approached the rapper with the idea of having the baby called ‘K’ – Kris thinks this is a perfect idea, seeing that the 32-year old would be the first daughter to name her own child with a ‘K’. Kourtney Kardashian opted out of having all of her children with that particular letter because she felt it was silly, but Kim and Kris feel otherwise,- it has become a tradition to them and Kim will do whatever it takes to have her baby’s name start with a ‘K’.”

Kim was already to go along with Kris’ plan but when she saw how pissed Kanye was she jumped  on the Kanye train.  After all like she said this week on her reality show, “Kourtney and Kim Take Miami,” Kayne is her priority.

So it looks like Kris is not going to get her “K” grandbaby.  We know who is the boss in the family now!  Get used to it Kris!