Beyonce To Appear On Oprah’s Next Chapter (First Look) 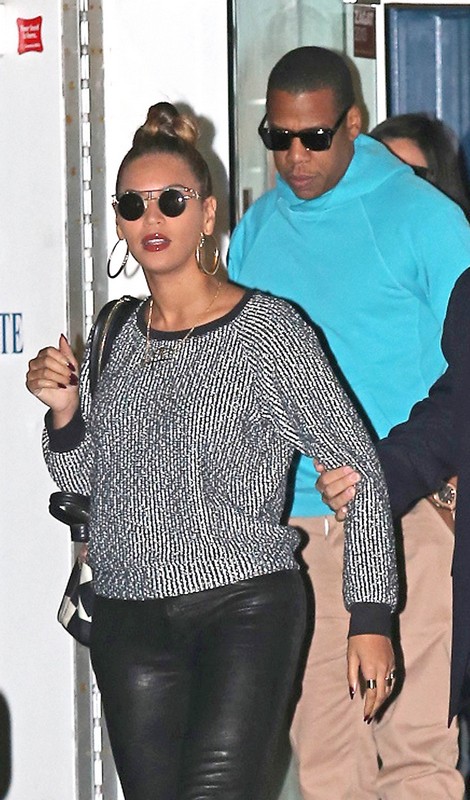 Beyonce will appear in Oprah’s Next Chapter, it has been confirmed. The singer sat down with Oprah Winfrey just ONE DAY after her exhausting performance at the Super Bowl, but what surprised us is that the interview has been scheduled to air on the same night her HBO documentary will be shown.

OWN has said they have slotted the interview in for 8PM while Beyonce’s documentary will air at 9PM on HBO. Phew! According to reports, Winfrey didn’t hold back on what type of questions she would be asking the 31-year old; from faking her pregnancy to suffering a miscarriage in 2009. Umm, wasn’t that all the things that were supposed to be saved for the documentary!? How stupid.

Well, I’m sure fans of the singer will be pleased to hear that they will be getting two hours of exclusive footage along with the juicy topics Oprah will be covering before they are pretty much repeated on HBO. On her pregnancy, she tells the talk-show host: “Right now, after giving birth, I really understand the power of my body,” she explained. “I just feel my body means something completely different.”

Beyonce and Jay-Z turned up to the Grammy Award on Sunday evening to present an award and support their new friend, Justin Timberlake who took to the stage along with the rapper who dropped a verse midway through. Beyonce is set to go on her The Mrs. Carter Show world tour this summer and will unveil her fifth studio album in May.

This is Beyonce’s year!