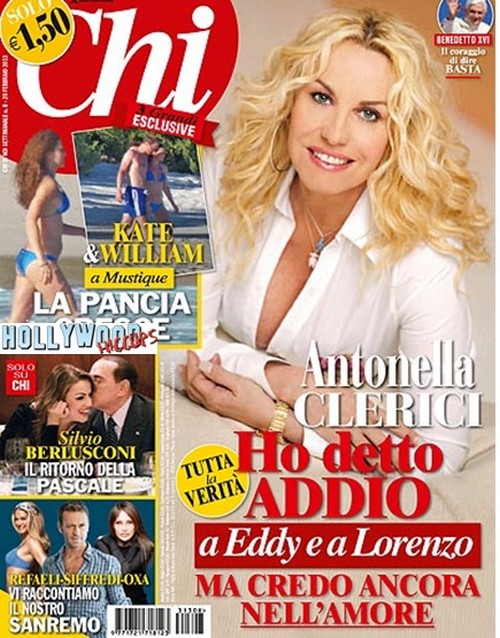 The current issue of Chi Magazine has scored the first photos of Kate Middleton pregnant.  Not only have they score photos of her pregnant, they have her in a bikini.  The caught Kate with her belly showing wearing a sky blue bikini  on vacation with her husband Prince William.  The Royal couple are enjoying their holiday on the Caribbean island of Mystique.

The Royal family have been regular visitors to the island; this is the seventh time Will and Kate have visited. The Queen has been three times, first in 1966, and then again in 1977 and 1985.   The island is suppose to be private, but Che once again managed to get their photographers onto the island and snapped the first pictures of Kate’s baby bump.

Che previously was one of the publications who printed pictures of Kate topless.  What do you think?  Is this an invasion of privacy or are the Royal couple fair game?  Hit the comments and let us know your thoughts.