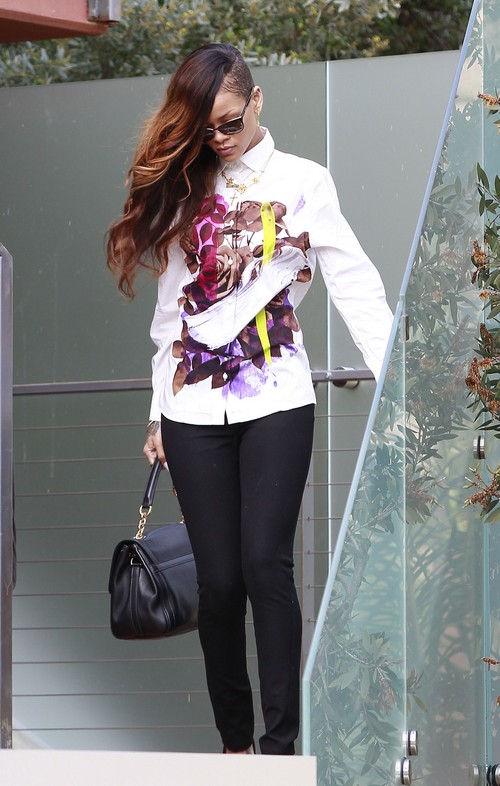 Rihanna has unveiled her newest music video Stay of her seventh album Unapologetic. The video happens to be extremely dull, which sees the Bajan-star take a bath and move left and right before showing her tattoos on her back as she turns over. I mean… this has to have been the cheapest video she has ever done, while her last video Diamonds happens to our second least-favorite vid that Rihanna has released. What’s going on?

The song, which is allegedly about Chris Brown, could have had a much bigger production behind it. All you see her do in the newest video is her taking a  bath, but it would have been much more interesting to watch if Chris was in it with her… both naked. LOLz. “Err, the video is was really, really simple, I pretty much stayed put in a bath tub and we shot it realty tight really close, there’s Mikky echo in the video as well, and this is the first time I have worked with him,” Rihanna told Ryan Seacrest at the Grammy Awards.

In the song, she sings:

All along it was a fever
A cold sweat hot-headed believer
I threw my hands in the air I said show me something
He said, if you dare come a little closer

We hate the video because it’s freakin’ boring, but let us know what you think. Check out the video below: