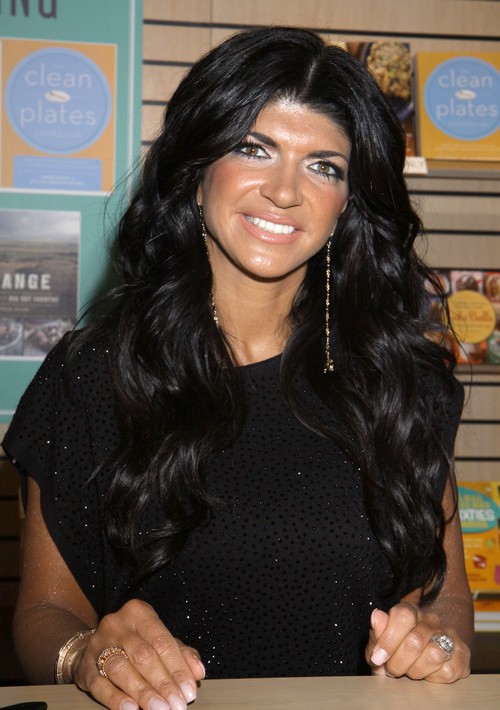 Only in Teresa Giudice’s world would being called a c**t on national television be no big deal! Apparently that is the formal position that she and her loser husband, Joe Giudice are now talking! When we last saw the couple they seemed to be on very shaky ground with most The Real Housewive’s of New Jersey viewer’s assuming that the end of their marriage had to be near. I mean this douche lord openly bad mouths his wife any chance he gets and isn’t exactly the most loyal of husbands either. Even cast mate Jacqueline Laurito spoke at the reunion of how Teresa has caught him screwing chicks in his office.

That was all old news apparently. If Joe’s attorney is to be believed then the couple has figured out a way to patch up the multitude of problems and as of now they’re in a good place. Teresa has forgiven this moron for committing every sin imaginable against their marriage, or at least that’s what they want us to believe as a new season of the show continues to film.

I still say once Joe goes “away” (or to jail) for his fraud conviction Teresa is going to file for divorce and get herself and her daughters as far away from him as possible. I think she is afraid to cross him and is afraid of his temper so she keeps things together because she’s afraid of what will happen if she walks away.  We’ve seen Joe angry on camera and it’s not pretty. He also rarely has anything good to say about anyone or anything so I don’t understand what would make her want to stay. It has to be fear!

Do you believe Teresa has forgiven Joe for the most recent bad behavior or are they just playing nice for the press? Tell us your thoughts in the comments below!