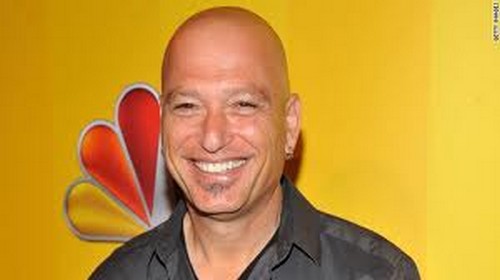 Howie Mandel has confirmed he will be back for American’s Got Talent’s next season, which will make it his fourth year on the show. The 57-year old made the announcement earlier this week, while adding that his pal Howard Stern will definitely be back for the next season also, despite there been talks that the radio host asked for a pay rise, which producers of the show allegedly refused.

Whilst speaking to Access Hollywood¸Howie revealed: “I’m doing my fourth season of America’s Got Talent,” the comedian said, “I’m thrilled to be back.” Mandel also talked about how he broke the news to Howard in a jokingly manor. He said: “I phoned Howard, and I said, ‘I’m coming back’, and he said ‘Who is this?'” While it’s certain Howard and Howie will return to the NBC talent show, third judge Sharon Osbourne revealed months ago on her plans to quit the show following the end of its last season.

Osbourne was disappointed in the fact that her son Jack Osbourne was removed from an upcoming action/reality show due to his bad health conditions. Sharon was so pissed about it, that she decided to give them a taste of their own medicine and decided to leave the show without any hesitation – she feels like the producers at NBC discriminated her son from being part of Stars Earn Stripes.

Execs have yet to reveal who will be the new third judge, and though it’s certain it will be a woman, who will get that spot is yet to be decided. According to recent reports, Shannen Doherty, LeAnn Rimes and Carly Simon have all been in talks to sign up for the show, but who will get the spot has not been decided just yet. We’d like to see LeAnn – maybe she’ll bitch about Brandi Glanville on national television? Would be great for TV! Ha.

Filming for the auditions start in March and air over the summer on NBC!