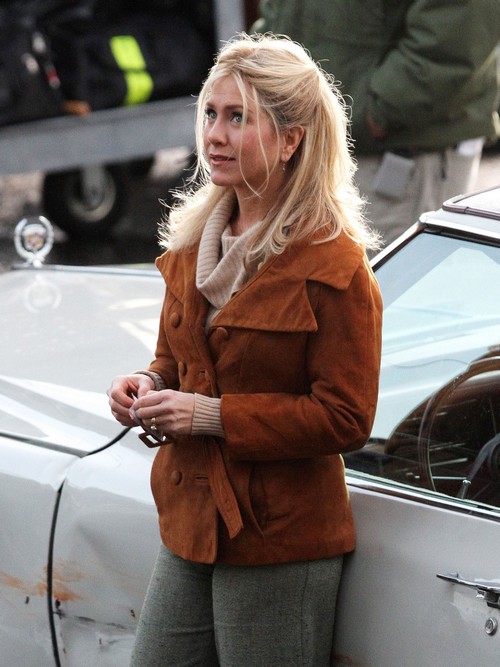 Katy Perry and John Mayer have been kind of quietly dating since last July and it looks like things have taken a more serious turn. At least that’s Katy Perry’s perspective on the relationship. John has claimed to a friend or two that she might be the woman to tame him but we all know John’s track record. I’ll kind of believe it when I see it. Anyway, back to Katy. She’s starting to think that John is “the (next)one” and has said as much to friends, including close pal Jennifer Aniston.

If you remember back a few years, Jen and John got hot and heavy in a very public romance. The two were connected at the hip for the better part of 2009 and Jen also believed he was the one that would make her marriage to Brad Pitt look like a drop in the bucket. Of course things ended badly and John dumped a clingy via text message. Supposedly the actress was crushed and never really got over the cruelty. Now that Katy is starting to buy into John’s babble Jen has decided to step up and warn her because she heard it all too.

The Feb. 18th issue of NOW claims that Jen warned Katy not to believe John unless she is absolutely sure that he has reformed from his swarmy ways.  Jen claims to have spoken up out of concern rather than jealousy. She’s obviously in a much better place and happily engaged so there’s no reason to be jealous over John now. No clue if Katy is being smart and heeding Jen’s warning.

John has a notorious track record for completely sucking women in only to cruely kick them to the curb. Do you think Katy will be his next victim? Tell us your thoughts in the comments below!