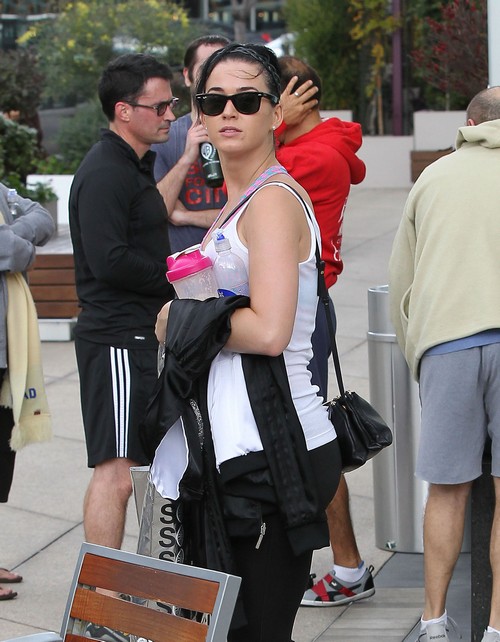 I guess there really is no love lost between Katy Perry and Rihanna. The former besties are barely on speaking terms nowadays and the bad vibes were on full display at last weekends Grammy Awards. Rihanna was attached at the hip to Chris Brown, raising eyebrows all over the place. The ladies apparently caused a bit of a headache because they refused to be seated anywhere near each other. That made things difficult for the poor staff in charge of seating arrangements because if you accommodate one feud then you need to accommodate others.

Katy, like the rest of the sane world simply doesn’t approve of Rihanna’s reconnecting with Chris. I think everyone remembers the beating that he gave her after the awards show four years ago and it’s unimaginable that she would want to be anywhere near the guy that caused her injuries. Rihanna almost intentional chooses not to play it safe though and I suspect she simply enjoys doing the opposite of what people ask of her. She probably thrives on the attention that she gets from publicly kissing Chris. It’s probably a crazy rush to fly in the face of what is supposed to be acceptable. That just seems to be how Rihanna rolls, doesn’t it? The problem is that this guy is still a loose cannon and I’m betting she’ll ultimately really regret giving him another chance to beat her up.

Do you blame Katy for keeping her distance and publicly not supporting her former friend? Katy is rumored to believe that things will fall apart badly and she wants no part of the fallout. She doesn’t want to be there to put Rihanna back together again while having to stifle a million “I told you so’s”.  Can you blame her?  Would you distance yourself too? Tell us your thoughts in the comments below!