Liam Payne Frightened One Direction Will Split Up 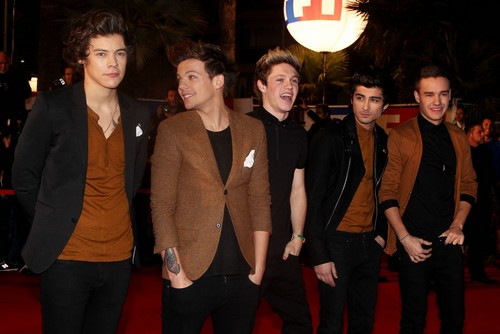 One Direction’s Liam Payne has said he fears the band will fall out and split up for a good. The 19-year old along with his bandmates, Niall Horan, Zayn Malik, Harry Styles and Louis Tomlinson have all scooped themselves $10 million throughout the last twelve months and things are only going to get better now that they are on their first world tour, set to work on their third studio album at the end of the year and are starring in their own concert movie.

Anyone with a brain would know that all of this is going to cash them in a serious amount of money – so… we can understand why Liam is so worried. He wants that cash, doesn’t he? Ha – we kid, we kid. Well, according to Payne, he’s having such a great time hanging with his best friends and having the time of his life on stage that he definitely wouldn’t want to see it end due to one of them falling out, saying: “I just hope we don’t lose it too much this year,” Payne told We Love Pop. “I don’t want us to fall out or have a situation where the band doesn’t want to be together.”

It was reported last month that Zayn would be quitting the band after his cheating scandal came out which shocked the 1D fans. Courtney Webb slept with the singer after a night out and according to sources, Zayn was so upset by the reaction by the whole thing, he wanted to get out of the band as soon as possible as he couldn’t face the humiliation.

Another source added that for Harry Styles to be on tour and keep himself busy 24/7 is a good thing for him because he hates being alone by himself. “Harry’s not used to living alone,” the source said. “He hates coming back to an empty house. He misses living with his mom, gets easily bored and hates the silence.”