Nicki Minaj Snubbed Britney Spears, Turns Her Back On Her 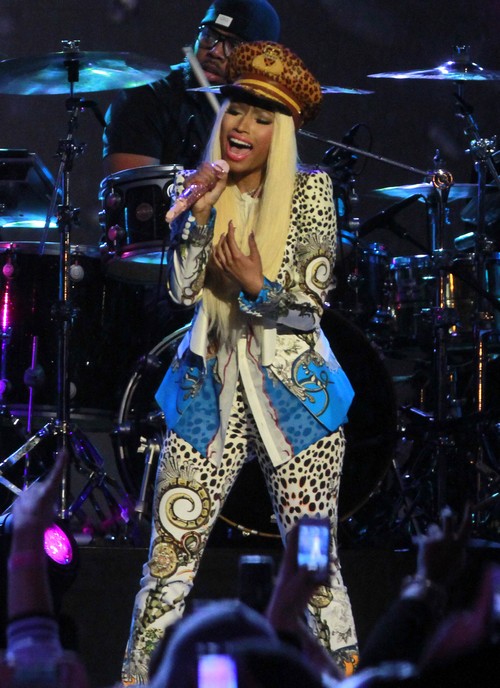 It looks like Mariah Carey might not be the only songbird that Nicki Minaj has a problem with these days. Apparently Britney Spears is also on Nicki’s list of women that she’s prefer not to even have to acknowledge!  In Touch is claiming that Britney recently spotted Nicki at LA eatery NOBU and was excited to see her. Britney got up from her table and ventured over to see Nicki, who had been the opening act on Brit’s Femme Fatale Tour, but instead of being greeted Britney was dissed. Nicki saw her coming and turned her back in a gesture that made it pretty clear that Nicki wanted nothing to do with anything that Britney wanted to chat about!

Britney was left stunned and the public snub comes at an already low point in the singers life. She started the year off with a one-two sucker punch. She split with long time fiance Jason Trawick and then quit her judging duties on The X Factor before they could fire her. If anything Britney needs friends right now, not catty women that turn their backs on her.

Are you a fan of Nicki’s? Eventually her star is going to fall just a little and she’s going to find herself needing support from these women that she has snubbed. Both Mariah and Britney have gone through it too. There’s no reason to think that Nicki won’t eventually need to lean on the ladies around her. Will Britney be there when Nicki comes a calling, or do you think her recent slight has burned the bridge? Should Brit even care what Nicki’s opinion is of her?  It sounded more like an opportunity to say hello than Britney wanting real face time with Nicki, right? Tell us your thoughts in the comments below!