OJ Simpson’s Daughter Sydney Panics: Will He Write A New Will and Include Khloe Kardashian? 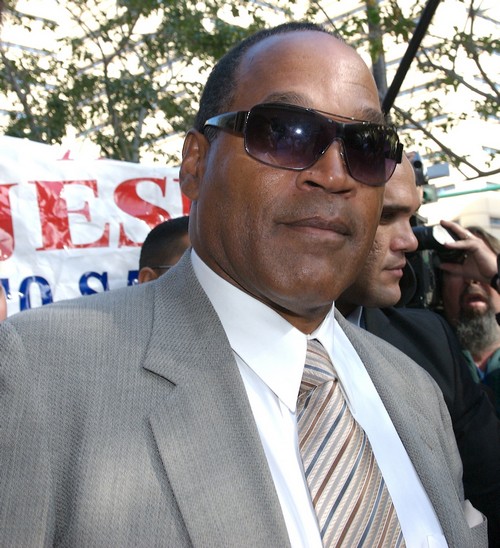 The rumors of Khloe Kardashian’s paternity have swirled for the last few years. We know she barely resembles her sisters but now we also have confirmation that her mother, Kris Jenner was a pretty big whore while married to Robert Kardashian.  Way back when, Kris was best pals with Nicole Brown Simpson and is rumored to have had an affair with her husband, OJ Simpson.  That notion is not a stretch when you consider everything else that we know about Kris. Loyalty has never been her strong suit and fidelity isn’t either.

Rumors have picked up speed that Khloe is actually OJ’s child and instead of having the notion completely dismissed, the Simpson family is having a different reaction. OJ is said to be contemplating whether or not to rewrite his will so that it will include Khloe and that talk is causing his confirmed daughter, Sydney Simpson to absolutely fume. There is no love lost here, in fact Sydney is said to hate the whole Kardashian, spoiled rotten money making machine and she resents the fact that these girls are just handed everything.

OJ has $300,000 a year pension and Sydney is afraid that her inheritance is on the line here. It’s bad enough she lost her mother and that her father is a jailbird, she doesn’t need what little stability that she has to be taken away as well.

The fact that the Simpson’s aren’t shooting down the idea makes me tend to believe that there is at least a possibility that Khloe is OJ’s child. I think if that’s the case they’ll never admit that an insinuated killer is actually her dad. Plus Kris has been very outspoken against the ex football star in the years since Nicole’s death. I don’t think she’ll ever admit that she touched that!

Is OJ Khloe’s dad? Do you see a resemblance? Tell us your thoughts in the comments below!