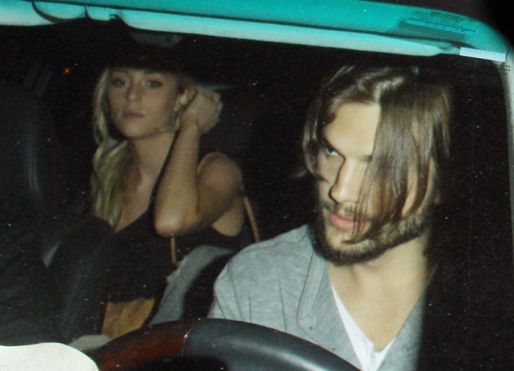 Sara Leal, the woman that Ashton Kutcher slept with which ended up breaking his marriage to Demi Moore, has adviced Mila Kunis not to trust her current boyfriend because she feels like if a man cheats once, he’s definitely going to do it again and again – but this time, he’ll be extra careful. Ashton and Mila started dating over the summer last year as the actor finally figured his love for Demi Moore started to fizzle away.

Though we all believe Kutcher is a good fella, having a threesome while Demi was at home on their anniversary day kind of just goes to show that Ashton isn’t that faithful after all, which is probably why Sara is telling the press that Kunis needs to keep an eye out on him because if she doesn’t, it’s very likely that she’ll end up being treated like Demi. “Once a cheater, always a cheater. If I were Mila I’d be careful, he doesn’t have the best track record. But she’s obviously willing to take that risk,” she tells The Sun.

Leal continued that if she was in Mila’s position, she’d be worrying sick about what her boyfriend would be doing when they are not together, saying: “If I was dating a guy that had cheated on his wife I would be a little suspicious. It would probably make me extra crazy and extra insecure. I’d definitely keep an eye out. That would be a red flag in my eyes, if I was dating somebody that cheated on their wife.”

Back in September, 2011, Seal claimed she only slept with the actor because he had told her he was “separated” from his wife, which led to Moore filing to divorce just a month later.