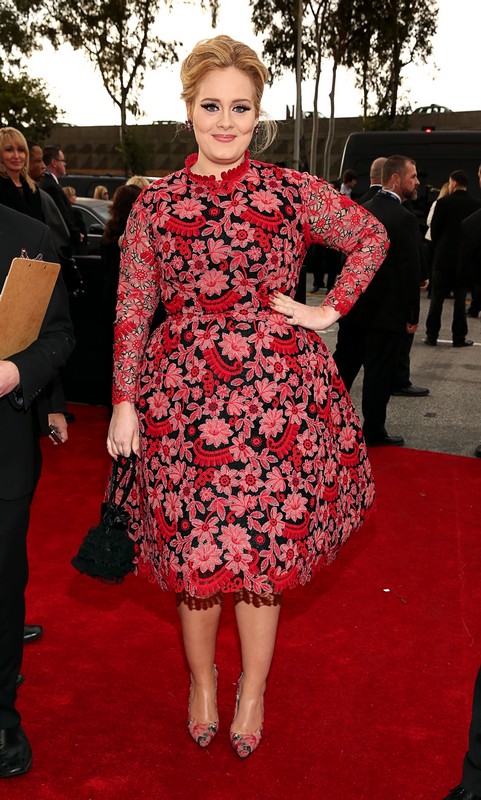 Adele is in talks to for a multimillion-pound Las Vegas residency which would see her sing up to five times a week and bank some serious cash. The 24-year old, who has sold over 15 million copies of her forthcoming album 21, thinks the move to Vegas would be perfect for her and her family as it allows her to just stay in one place, as opposed to travel the world and be apart from her son.

The Daily Star Sunday says that Adele loves being a mother, so having to separate herself from her son would be devastating to her. But at the same time, she also loves being on stage and performing to thousands of fans, so the offer for her to sign on for her own Vegas residency couldn’t have come at a better time. Adele will follow in the footsteps of Britney Spears who is also close to signing on the dotted line for her $100 million annual contract.

“Adele is top of the Vegas hit-list and she’s seriously considering it as an option,” a source said. “She wants to get back to performing but doesn’t want to go on the road so soon after becoming a mom. A Vegas residency would mean she could settle with her family and record her third album all at once. She’s been asking for advice from Elton, who has spent years performing at Caesars Palace.”

The offer for her to move to Vegas could be anywhere between $80 million to $110 million, sources report. And though she’s very eager to agree to such a magnificent offer, Adele is still a little sceptical on returning back on to the stage, especially after having a baby. She has been talking to Elton John a lot, who has helped her get back her confidence: “Adele has been chatting to Elton about her fears of singing live again. Elton’s been like a godfather to her recently, helping her settle into life as a superstar and the challenges of being a parent.”