Adrienne Maloof is Finished with The Real Housewives of Beverly Hills 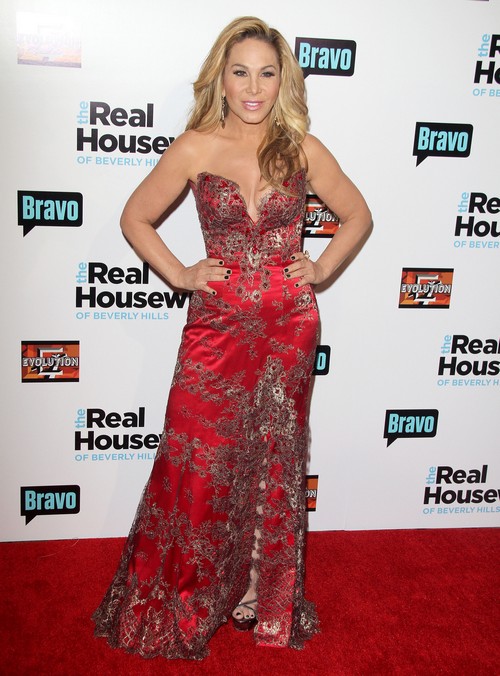 I guess The Real Housewive’s of Beverly Hills’ Adrienne Maloof heard the same rumor that we did- that Bravo is ready to make some changes and shake up the cast!  Apparently after a topsy turvy year she has decided that her days are numbered all on her own. Adrienne reportedly believes that reality television has ruined her marriage and her personal life, so she wants out.

Ironically, this is the point in time where viewers might actually care about what Adrienne has going on in her life. After splitting from husband of ten years, Paul Nassif  she has moved on to 20-year younger boy toy, Sean Stewart. Adrienne is also currently knee-deep in a feud with fellow housewife, Brandi Glanville because she decided to dump some of Adrienne’s deepest, darkest secrets on camera. Ironically, Paul originally went to bat for his then wife while they were filming. Now he is actually friends with Brandi!

It looks like Adrienne won’t be the only blonde departing the show. After a boozy season with little airtime (partly because she was often too drunk to be filmed), producers are said to be itching to kick Taylor Armstrong to the upscale curb too. Will you miss Adrienne’s presence on the show? Are you wishing that she would ride out one more season now that she finally has a storyline?  Would she have been sticking around if not for catching wind of her imminent firing? Is this just a case of beating her bosses to the punch in order to save a bit of face?  Have you been an Adrienne fan all along or are you like me and did you not notice her too much anyway? Tell us your thoughts in the comments below!