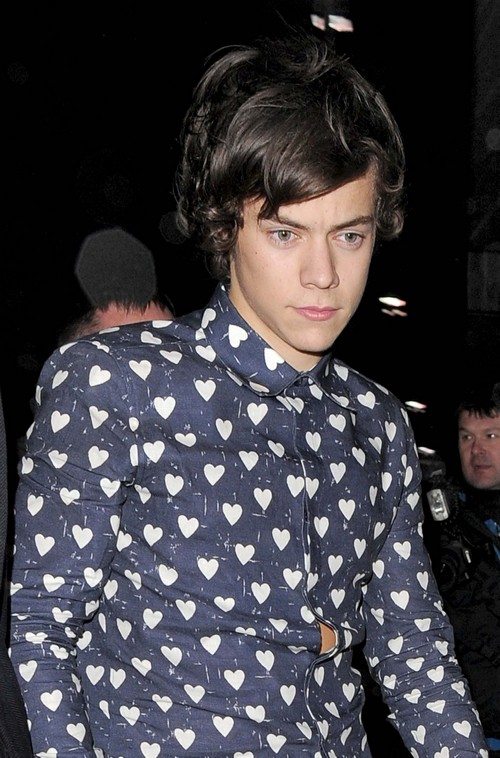 Harry Styles isn’t offended by Taylor Swift’s Grammy performance in where she mocked his British accent during her ‘We Are Never Ever Getting Back Together’ performance last week. The One Direction star, who is still refusing to speak to Taylor after their unexpected break-up last month, has taken the high road by praising the country singer, saying “she knows what’s she’s doing”.

Hmm.. what does that mean? Oh yeah – she knows how to make ex-boyfriends feel like crap, that’s for sure. First she writes a humiliating song about them and then she mocks them on stage during one of the most watched award shows in America. She’s pretty pathetic for doing that. But, life must go on and Harry seems far from upset about his ex-girlfriend mocking him in front of A-list musicians.

“Oh it’s fine,” The Mirror quotes him as saying. “She’s a great performer and she’s always good on the stage… she’s done it for a long time. She knows what she’s doing on stage. It was just another good Taylor Swift performance. It was good.” It wasn’t long before questions turned to his emotions and he feels. When asked on how he’s dealing with the split from Taylor, he reassured: “I’m okay, thanks for asking. Yeah, I’m good. Don’t worry about me.”

Just yesterday we reported how Taylor refused to rehearse at the same time that One Direction were rehearsing because she didn’t want any conflict between the two of them. Of course she wouldn’t; first she disses him on stage, then she portrays this nasty image of him — so we can totally understand why she wouldn’t want to run into him. He’s probably smack her in the face for trying to twist the story that she just happens to be an insecure little girl who dates a lot of men in Hollywood.