Clives Davis Comes Out The Closet, Says He’s Very Much Attracted To Men And Women 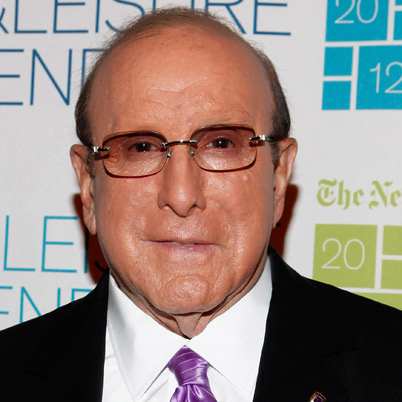 Clive Davis has come out as bisexual in a recent interview with Katie Couric. The very private music mogul, who has worked with Christina Aguilera, Whitney Houston, Alicia Keys and Jennifer Hudson, admitted to the talk-show host that he does happen to find men very attractive, but reassures that he’s not a gay man, he still loves women, – he shares an equal love for both of them.

Davis, who is the chief creative officer at Sony Music, knew he was bisexual a long time ago, in fact, after his marriage fell apart in the 1980s, he discovered that he was becoming very close with gay men. But here’s what’s interesting; Clive has actually never confirmed his sexuality, though everyone had just assumed he was a straight man, and it’s not really anyone’s business, but seeing that he shared it with the world now… we question ourselves why he did it.

Speaking to Katie, he says: “I opened myself up to the possibility that I could have a relationship with a man as well as the two that I had with a woman. I’m still attracted to women… You don’t have to be only one thing or another. For me, it’s the person.” So we’ve established that he’s a bisexual man — why didn’t Couric ask him if he has a man in life as of right now? Ugh, you can never count on Katie to ask the most important questions in an interview.

But here’s what’s funny. Clive just happened to have released his autobiography, The Soundtrack of My Life today – and when people usually have something scandalous to say, it’s because they have a project out that they want to have publicized… and what better way to do that than the way Clive did it? A shocking confession that he is bisexual.