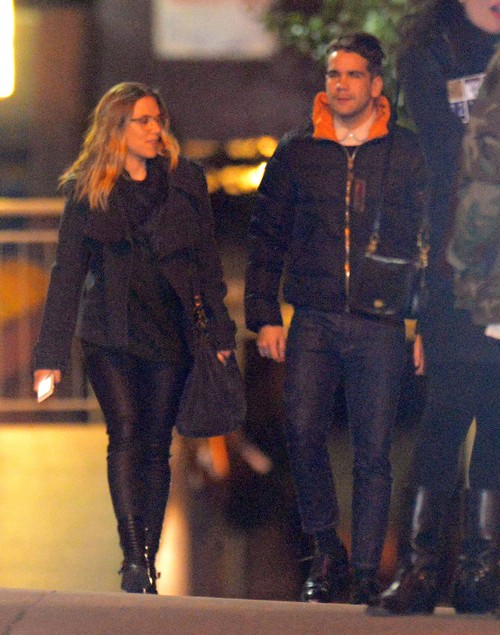 Scarlett Johansson is engaged to Romain Dauriac at least according to the Daily Mail. Scarlett and her boyfriend French journalist, Romain have been dating for a scant three months.  Scarlett has been linked to several men since Scarlett and her ex husband Ryan Reynolds called it quits.

According to The Daily Mail they spotted Scarlett Johansson walking around New York City with a huge sparkler on her ring finger.  So of course they put two and two together and assume they are engaged. “The 28-year-old looked nothing like the blonde bombshell we know her to be as she wandered through New York’s East Village with her French journalist boyfriend, Romain Dauriac, but she was sporting something glamorous… a giant pear-cut diamond ring.”

The couple was in the East Village looking at tattoos.  Scarlett is a huge fan of body art and has an extensive collection.  Perhaps she was looking to get a new one to celebrate her engagement.  What do you think?  Is Scarlett engaged?  Or does she just like nice rings?  Hit the comments with your thoughts!