Clive Davis Fires Back At Kelly Clarkson’s Bully Claims In His Book: “I Had Every Fact Checked” 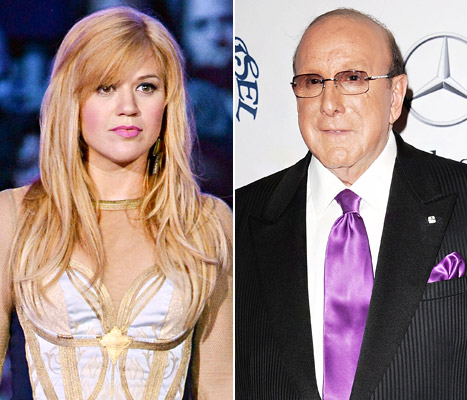 Prior to having come out the closet as a bisexual man, Clive Davis has sparked controversy in his memoir, The Soundtrack of My Life – which was released yesterday – where he targets Kelly Clarkson by saying she was extremely desperate to have the song ‘Since U Been Gone’ on her album, – she even cried in his office, begging him to say ‘yes’.

On top of that, Clive goes on to explain how Kelly was a tough one to work with at times, having shared many “creative differences” with each other because the former American Idol starlet just happens to be a stubborn woman to work with. After reading what Clive had to say about her, Kelly immediately took to her Twitter to lash out at the mogul she once looked up to, setting the record straight on how HE made her cry when she played him ‘Since U Been Gone’, and how he had told her that her record, My December, was a crap album that wouldn’t sell.

“As anyone who has read The Soundtrack of My Life knows, I think Kelly Clarkson is a tremendous vocal talent and performer,” he explained on Twitter. “In the book, I provide an in-depth look at our years together during which we shared major multi-platinum success, as well as a few creative differences.” Sticking by what he had said in his book, Davis reassured fans that everything that had been written was totally accurate: “I am truly very sorry that she has decided to take issue with what I know to be an accurate depiction of our time together. Before the book was published, I had every fact checked with five independent individuals who were present on a daily basis throughout it all.”

There’s no doubt in my mind that Kelly will be fuming once she reads this – she has no reason to lie about something like that, especially when she always admired Clive for his “talented work”. We’ll be sure a comment from Clarkson’s team will be made within the next couple of hours (which we will be updating you on!)… and it isn’t going to be a nice one either. Ha!