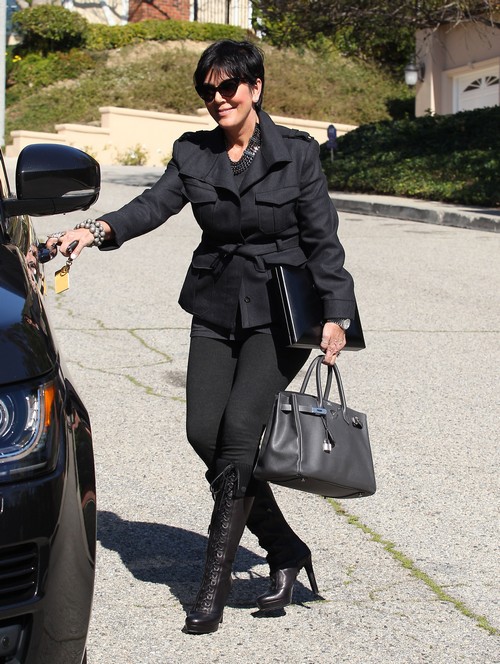 Okay hold the phone, the diapers are not some new kind of fetish!  Apparently Kris Jenner wears adult diapers because she has a bladder problem.  The 57-year-old admitted years ago that she suffers from an incontinence condition that has forced her to wear adult dia­pers.

According to the National Enquirer, “The on-air admission landed her a gig as spokesper­son for Poise pads – an adult diaper – and a subsequent trip to the doctor confirmed that she was suffering from stress incontinence.”

Now, Kris wants to get the problem fixed stat, because she knows the stress of her new television talk show and with the possibility of a divorce warm looming with her hubby Bruce Jenner, the condition will only get worse.  “Kris has decided to go forward with bladder surgery in the next few weeks so that she can be fully recuperated by the time her new talk show on FOX de­buts this summer.”

Kris wants to have the problem fixed before she has to get back on the dating scene.  “Kris doesn’t want to be dealing with such an embarrass­ing problem after she splits from Bruce and starts dating again.”

Here I thought Kris was wearing diapers because she was regressing back to her childhood, just saying……