Michelle Williams Is Getting Rid Of Her Pixie Cut, Find Out Why HERE! 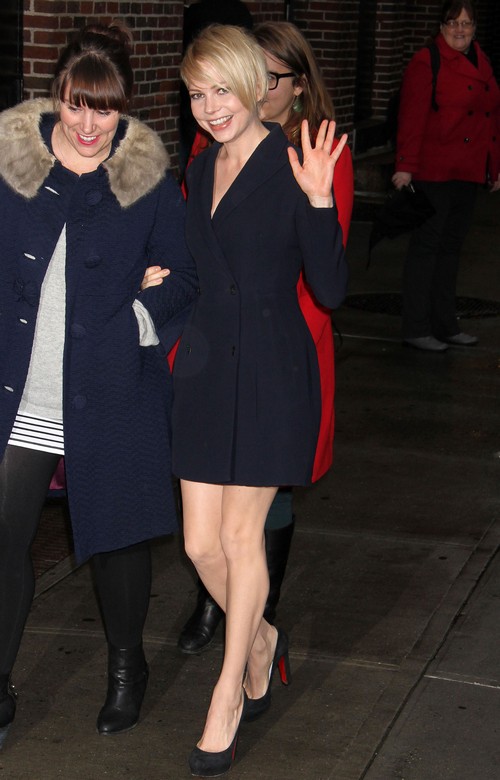 Oz the Great actress Michelle Williams has had a pixie cut since May 2010.  In an interview with British Elle she revealed that she got the cut as a  dedication to her late fiancé Heath Ledger.  She said at the time, “I cut it for the one straight man who has ever liked short hair and I wear it in memorial of somebody who really loved it.”Heath passed away of an accidental drug overdose in 2008.  The two had a daughter together, Matilda together.  They were estranged at the time of his death.  Michelle has since moved on and now she is dating How I Met Your Mother star Jason Segal.  A friend recently said about Michele, “She hasn’t been this happy in a long time.”

Now that Michelle has moved on and is taking a bit of a break from acting, she has decided it is time to grow the pixie cut out.  Head over to our friends at Pop On The Pop to find out what Michelle dished about the real reason she is growing her hair out HERE!