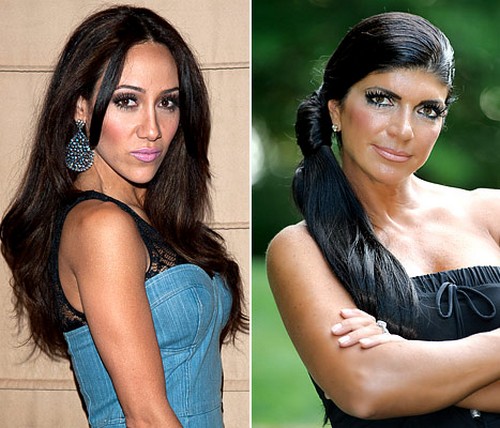 Has hell frozen over? I mean that’s pretty much what I’ve thought that it would take for The Real Housewive’s of New Jersey’s Teresa Giudice and Melissa Gorga to reconcile. I’m not talking about making nice for the sake of the camera’s or Teresa being kind because the entire rest of the world has turned on her. I mean is it possible for these two to put an end to all of the drama once and for all. According to Life & Style Magazine both ladies and their families were at an event on Feb. 19th and they were all getting along. It didn’t seem awkward according to onlookers, instead they all seemed at ease and were joking around together.

Supposedly last December Teresa attempted to extend an olive branch and congratulated Melissa on her new book deal. At the time the gesture was met with resistance, but it has been a few months. Maybe Tre wore her sister-in-law down. If they have patched things up the major reason would be Joe Gorga, Melissa’s husband and Teresa’s brother.  He has in the past been absolutely crushed by how viscous Teresa has been towards his wife.  Her never-ending vendetta is what has driven such a big wedge between the families. Could that all be a thing of the past? Is Teresa capable of dropping the vindictiveness and realizing how much damage it has done to everyone around her?

Do you really see an honest reunion between both sides of the family ever happening or is this just a ploy to get people to watch the upcoming season? The pattern is that they get along for awhile and then Teresa sets Melissa up one way or another and no one speaks for months. Will we be seeing another round of that? Tell us your thoughts in the comments below!