Justin Bieber Hits The Town With Two Girls, Selena Who? 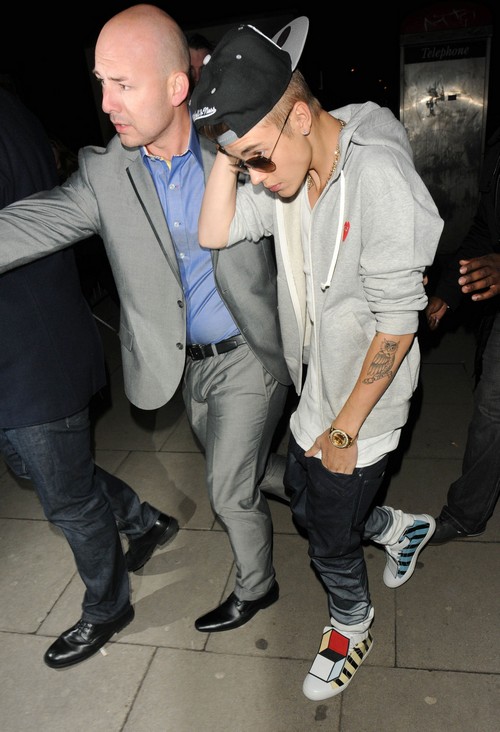 Justin Bieber, is single now since his former lady love Selena Gomez kicked him to the curb.  Justin has been partying like it’s 1999.  Boys just wanna have fun right?  Now old Justin is so special, one girl will not do for him anymore, so Justin hit the town last night with two ladies.

Justin who is touring the UK on his Believe tour was partying a storm up at the Amika club in Kensington and exited the club with a blond and a brunette.  The ladies hopped into his car and they sped away to parts unknown.  Justin is on a mission to show us just how grown up he is, and to show Selena just how much he does not need her.

Justin tweeted on his twitter account, “loving the UK,” I bet he is 😉  then he tweeted, “gonna rest up. Manchester tonight.” so it sounds like Justin is ready to go on the prowl again tonight!

Thoughts?  Are you as over Justin Bieber as I am?