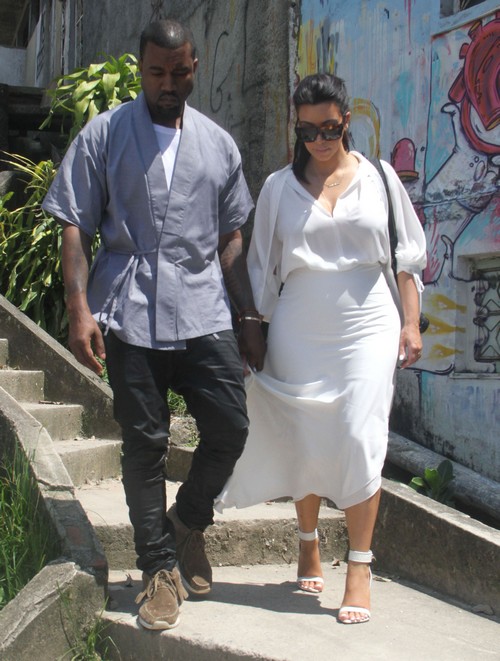 What has Kanye West done to fame-whore Kim Kardashian? She now wants to settle down and ditch reality television for a personal and private lifestyle? Oh, and why is that?  Oh yeah, probably because Kanye told her to stop acting like a 20-year old and take some advice from Beyonce! Ha. The reality star caused quite a stir in DuJour magazine, when she said she is planning to shift her priorities as she’ll soon stop making appearances on their reality show Keeping Up with the Kardashians, followed by all of their spinoffs.

Kim, who now wants to focus on being a mother and stop cameras from interfering in her life with Kanye, told the magazine that she believes at some point in life, there’s an evolution that happens – that change will see her keep a distance from reality television and do something more productive in her life. Let’s face it – she hasn’t worked since she got this reality show in 2007.

“I’m ready to be a little less open about some things, like my relationships,” she said. “I’m realizing everyone doesn’t need to know everything. I’m shifting my priorities.”

After fans seemed quite pissed off with the comments she had made in the magazine on leaving the platform that has given her so many opportunities, such as her business deals, her clothing lines, her endorsements and more, Kim assured her fans that she was grateful for everything that has come her way but feels like she needs to move on from that stage in life, writing on her blog: “As everyone knows, we are extremely proud of the show and all of us are staying on through at least season ten,” she wrote.

“The show remains to be my number one priority and it’s a big part of my life and I enjoy every moment of it. It has given me such a rare opportunity to share more of my life with all of you and has brought my family closer to each other. I’m looking forward to the new season and beyond.” Kardashian concluded: “The fact is that I have many goals that I still need to reach and accomplish and I (like so many of you) don’t know where my life will be in the next couple of years, but I’m looking forward to continuing this journey.”