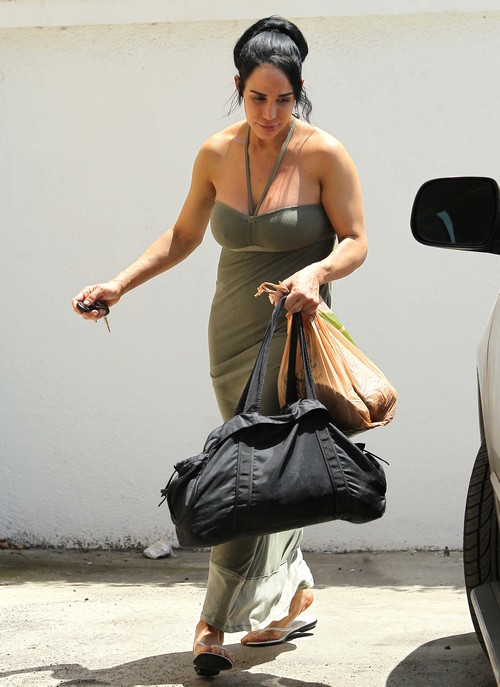 Would you be surprised if I told you that Octomom, Nadya Suleman is a total pothead? Probably not, right?  But I bet you, like me didn’t expect to learn that she has a medical card that allows her medicinal Marijuana use on a daily basis. Octo’s card was approved just two days after being released from rehab for her Xanax which tells me that se had no real plan of staying clean in the first place!

According to a TMZ source Nadya ingests the pot mostly through baked goods and her favorite way to get high is by eating spiked cookies. She takes a supply with her on the road when she travels to help mellow her out for appearances too. Here’s the crazy thing, Nadya only ingests the pot when she ‘s alone with her kids. She makes sure never to touch the stuff when the nannies or house guests are around! If she’s hiding it that tells me that she knows it’s not actually okay to be getting her daily fix.

Nadya insists that she can care for her twelve children while under the influence  Isn’t it supposed to NOT be okay to get high in front of your kids, especially when you’re the only one there to care for them?  Instead Octo chooses to check out when stuck alone with her family. That says a lot about how she feels about having so many people to be responsible, doesn’t it?  I get that she has to need a break and even on a good day caring for eight kids has to be hell, but it’s dangerous to get high right in front of them.  Whether she has a medical pass or not is irrelevent, she’s setting a lousy example don’t you think? Tell us your thoughts in the comments below!