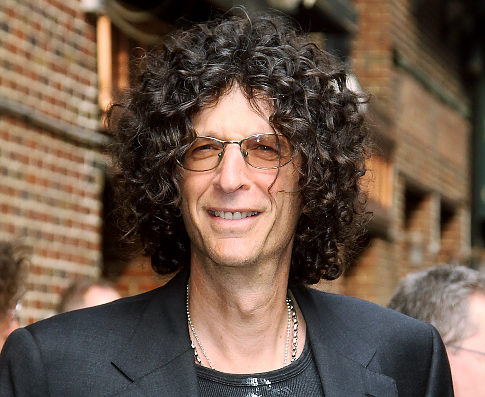 ..and the saga continues. Howard Stern has now gotten in the Clive Davis drama after the mogul made some very rude remarks on Kelly Clarkson in his memoir, The Soundtrack of My Life, in which he explains how the former American Idol contestant would argue with him over which songs would go on her album, she’d randomly cry because she wouldn’t feel certain songs were good enough, and she’d beg Clive to reconsider some musical instruments in some parts of her music.

He goes on to describe her as a very difficult artist to work with, and all of these comments he has made in the book have not only pissed Kelly off, but also Mr. Howard Stern, who has taken Clarkson’s side in the heated argument that has been going back and forth on Twitter. After she read certain excerpts from the book, the singer had said: “I refuse to be bullied and I just have to clear up his memory lapses and misinformation for myself and for my fans,” to which Davis responded to, saying all the information in his memoir is 100% correct.

Radio DJ, Howard, feels otherwise. The America’s Got Talent judge is sickened by the fact that her former manager could put his client down in the way he speaks about her so publicly just because he happens to have achieved so much in his lifetime. Stern continues that Kelly is a hard working woman with an amazing voice who doesn’t deserve half the crap she has been thrown at for no absolute reason. Speaking on his SiriusXM radio show, he said: “I always find it sickening when management guys like to set the record straight about how f**king creative and what geniuses they are.

“And this guy’s trying to diminish what she does? Doesn’t he have enough in life? Can’t he sort of tell his story without f**king degrading her and putting her down?” Stern added: “I think she’s got an amazing voice and the girl has worked hard to get to where she is. I don’t understand Clive Davis’s motivation in knocking this chick down.” Wowza! We couldn’t agree with Howard any more than this. Clive is a douchebag.

Confirmed: Mel B Signs On To Replace Sharon Osbourne On America’s Got Talent