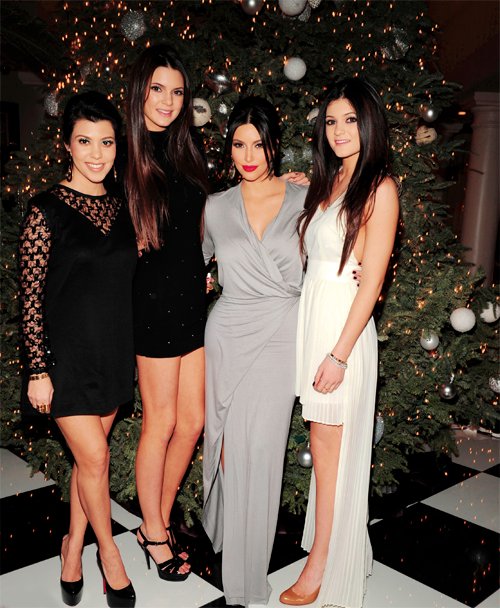 Kim Kardashian is worried sick that her younger sisters Kendall and Kylie Jenner could get cyber-bullied so bad that they start hating themselves for who they are. The reality star shared her concern when the topic was brought up at the Women@NBCU’s Power of the Purse breakfast, where the 32-year old explained that the fact that Kendall and Kylie are so into using Instagram and Twitter make it even worse.

The two aspiring models receive dozens of hate messages, which Kim tends to see when she visits their pages, which definitely worries her, because if either of them weren’t as strong as they were to cope with trolls calling them all sorts of names, they probably wouldn’t be able to have continued doing what they’re doing. Cyber-bullying tends to be targeting anyone at any age, but it just so happens to be the worst thing for a teenager, whether you know that person or not.

And now that both of the teenage girls are planning on becoming full-time models, the bullies now have another reason to hate on them, to which Kim says: “There’s so many online bullies that I get a little worried about my little sisters. They are modeling and they Instagram photos of themselves at photo shoots, and I do see some of the comments that people write to them.

“I think you have to be a really strong individual and I don’t expect anyone that’s, like, 15 and 16 to really be able to take on such criticism.” Meanwhile, Kris Jenner continued that she’s planning on signing her daughters up for some kind of anti-bullying campaign to spread the message to their fans, in hopes that it could help make some kind of difference in people’s lives, if not, also theirs: “I’ve been actually sort of thinking about how to get Kendall and Kylie heavily involved in an anti-bullying campaign or organization so that younger kids can really learn to take the heat. Because the people are not just nasty to celebrities or people that are popular, but they’re nasty to each other.”

Probably the first thing we have ever been able to agree with Kim on. Ha.