Kris Jenner Admits She’s A Pain In The Butt: Constantly Recalls Stories To Kim About Her Pregnancies 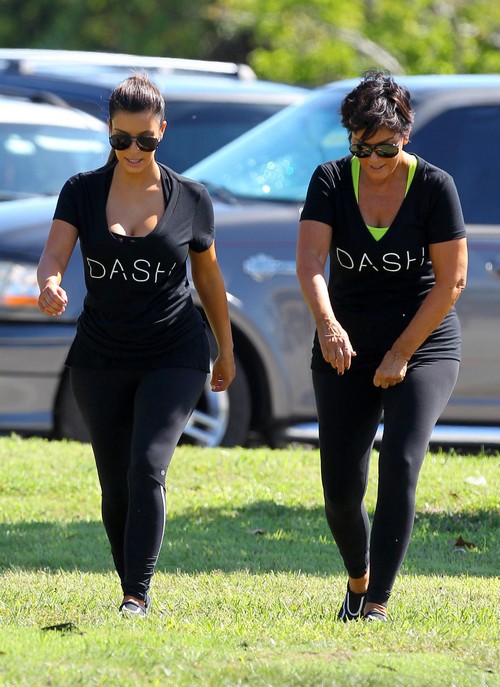 Kris Jenner is giving Kim Kardashian advice during her pregnancy, but sometimes it just happens to be too much. The momager, who handles her children’s careers, is over the moon that her “favorite daughter” is finally having a child because now she gets to share so many exciting stories that Kim will be able to relate to during her pregnancy.

Sad thing is that Kim doesn’t actually care at times because her mom tends to just go on and on about something up to the point where it’s not even interesting to listen anymore. Well — what can you do when an excited mother is so thrilled to be making even more money once the baby comes into the world. Imagine how much money Kris will be making through endorsement deals, exclusive pictures of the baby and more. Of course, she’s excited! Ha.

But on a serious note, she tells E! Online that Kim’s pregnancy has made her think back about the times she was pregnant with her and how similar they are to each other with the things that they went through whilst they were carrying their child. “I think she’s probably so sick of my advice by now!”

“What it does for me is it brings back memories from when I was pregnant with them, so she’ll say something and I’ll think, ‘Oh my gosh, I remember back then!’ And I try to share that. I try not to gush too much, because I can be annoying, I’m sure.” The momager adds that she still has not been told the sex of the baby, but Kim supposedly already knows. When asked if she’s eager to find out on what her daughter is expecting, she said: “Yeah, um, I do. But I don’t want to talk about it!”