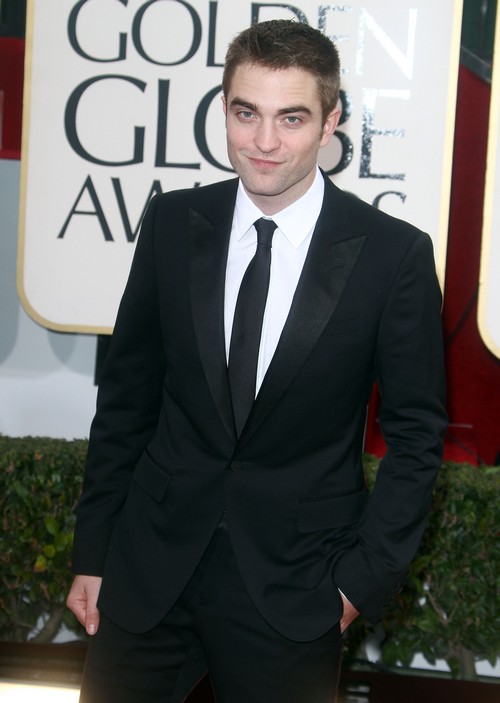 Looks like Robert Pattinson is not the golden boy he’d hoped to be coming off his unprecedented Twilight success.  The dude is handsome and charming but acting is just not his thing.  Face it, anyone who is not infatuated with Rob can see that his on-screen ability is less than mediocre.

I suffered through Cosmopolis as must have Don DeLillo, the brilliant author of the book upon which the film is based.  DeLillo has twice won the Pulitzer Prize for Fiction and to see his genius reduced to rubble by Hollywood has got to hurt.  Even worse, to see an intricately constructed character like Edward Packer turned into a uni-dimensional android by hapless Rob has really got to sting. Of course those gigantic checks DeLillo receives probably go a fair way towards assuaging his bruised ego.

Anyhow, Madeline Stowe is a clever cookie who obviously knows Rob and know that he will ruin any film he gets into.  Thus she fired him from ‘Unbound Captives’ with the excuse that he will be “too old” when production commences.  We said Madeline was clever, right?

Hollywood Life brings us the exclusive:  HollywoodLife.com caught up with sexy Revenge star Madeleine at the prestigious gala in Los Angeles, and she revealed that Unbound Captives’ production schedule has been pushed back again.

“It will not happen this year, but we are looking at 2014 because Hugh Jackman is booked until then, so we will start it up in 2014!” said Madeline.

Madeline then exclusively revealed that Rob is no longer going to be starring in the role of Phineas, because he is too old!

“I love Rob so much, but he is now a man!” said Madeline. “And he was kind of a boy when we first got into this film, so we are on the hunt for a new Phineas right now, that is the piece of casting we are concerned about because Rachel Weiz is a part of the film as well. Thank you so much for asking.”

So there you have it.  Not only has Rob lost the devotion of Trampire Kristen Stewart but his former Hollywood admirers are avoiding him like the plague.