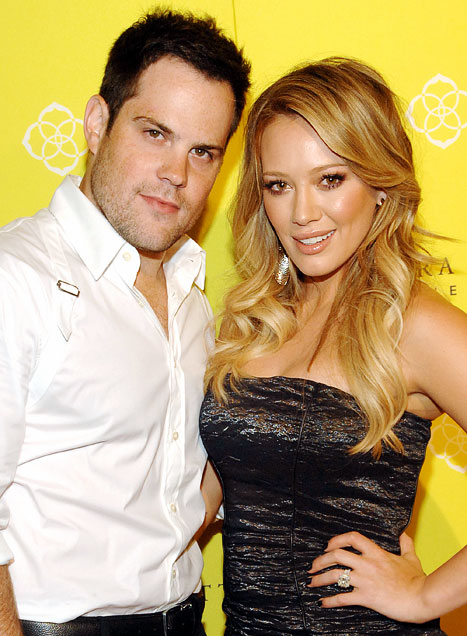 Hilary Duff has said she struggles to get back to acting after the birth of her son Luca in March 2012. The 25-year old has been inseparable from the little fella ever since, and had even turned down all the film roles she was offered just so she could spend some quality time with her family, and adjust to the life of being a mother.

But one year later, Hilary still struggles not to think about her son when she’s on a set of a film or a TV-show, telling Life & Style that she constantly asks herself why she is not working and not by her son’s side? She makes a fair point when you consider the fact that she has millions of dollars in her bank account, she could take at least another three years off if she wanted to do.


The actress recently filmed scenes for the FOX comedy show Raising Hope which was her first time back on the set fo a show since giving birth. Hilary tells the mag that she had quite a tough time getting into the work of things because she was constantly thinking about her son: “I was so happy to be on a set again,” she said.

“But it was hard. I also had a day of, ‘I need to get home – what am I doing away from my baby?'” She continued: “Honestly, it’s such an adjustment. It’s a huge change and it took a few months for me to be like, ‘OK, this is me now, this is who I am now, this is how I do things now’.” We’d say to her that if she’s not ready to return to her acting duties, then don’t bother yourself – just take another two years off and see how you feel then. No need to rush anything, is there? Unless you need the money! Ha.