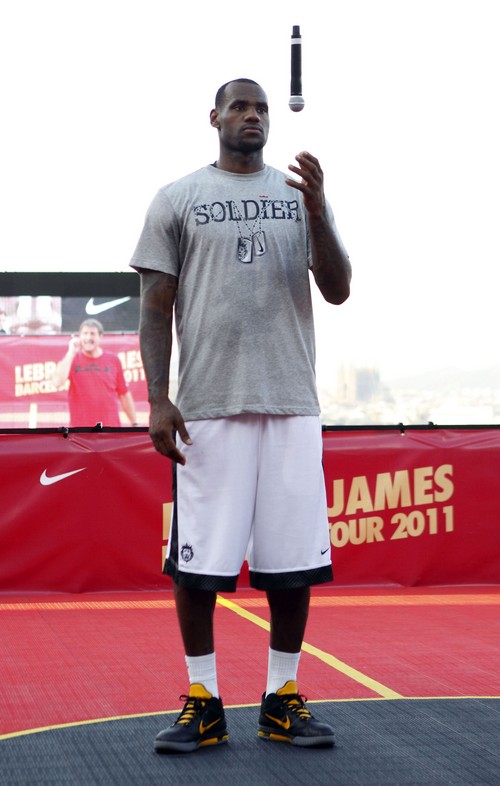 According to Twana Tells website all may not be perfect in paradise and the couple may be headed for splits-ville.  “Word on the curb is NBA superstar LeBron James, and his baby mama/fiancee Savannah Brinson have decided to call it quits.”

Savannah has not been by her man’s side in weeks and it is led people to believe the two are either split up or on a relationship break. “She wasn’t with him at last weekend’s All-Star game in Houston, and at the world champion Heat’s congratulatory visit to the White House in January.”

What do you think, is it all over but the crying for LeBron and Savannah?  Hit the comments and let us know your thoughts!