Kim Kardashian Expecting A Baby Girl — Is Kanye West Pissed That He’s Not Having A Boy? 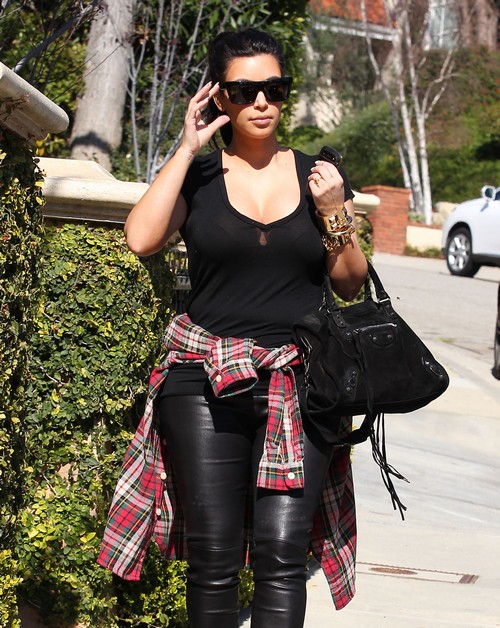 Kim Kardashian is expecting a baby girl, according to UsWeekly’s close sources. The reality star, who went for a recent check-up with her boyfriend Kanye West were told by her doctor that they should prepare themselves for a girl, after Kim underwent a ultrasound scan last month. But what does Kanye make of this? Did he even want a girl?

Well, reports say that the rapper was really hoping for a boy, but he’s happy either because this will be his first child which means he finally has a family of his own. After having seen his best friend, Jay-Z and Beyonce welcome their daughter, he realized that he wasn’t getting any younger and having a baby with the woman he loves the most would have to happen sooner than later. He now thinks that having a girl would be nice for Beyonce’s daughter Blue Ivy — they can play with their Barbie dolls together. Ha.

“Kanye West always wanted a girl,” said the source. Meanwhile CelebDirtyLaundry continued that after finding out the news, Kim quickly told her momager Kris Jenner who then went on to tell everyone else in the family. The site reports: “Kris Jenner was the next person to hear about it. According to sources, the momager wiped her “happy tears” from her face as she shared the news with the rest of the family who were so happy to hear about it, that Kendall andKylie Jenner started shopping for baby clothes right away. Something tells us that Kris has already got some kind of plan up her sleeve to announce this in a special way… through a magazine deal, of course!”

Congrats to Kim, but when will she actually make the announcement herself? Don’t make us wait for an E! special. LOLz.