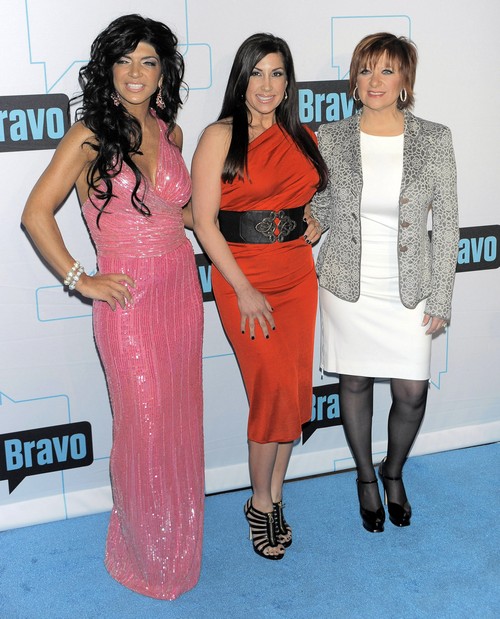 At the end of last seasons Real Houswives Of New Jersey Caroline Manzo told everyone who would listen that she was glad to be done with fellow housewife Teresa Giudice.   Melissa Gorga and Teresa looked like they were done too with their relationship.  But on the new season five of RHONJ it looks like the ladies may have had a change of heart.

The seasons took place in Lake George, NY and of course it was all caught on camera for the new season of RHONJ. “Even though they said they were going to bury the hatchet, everyone is really emotional, and right now they’re not really able to have a rational conversation without sliding into threats and yelling and tears.”

What do you think can Caroline, Melissa and Teresa become BFFs or is this just the ladies trying to drum up some publicity for the new season of the RHONJ?