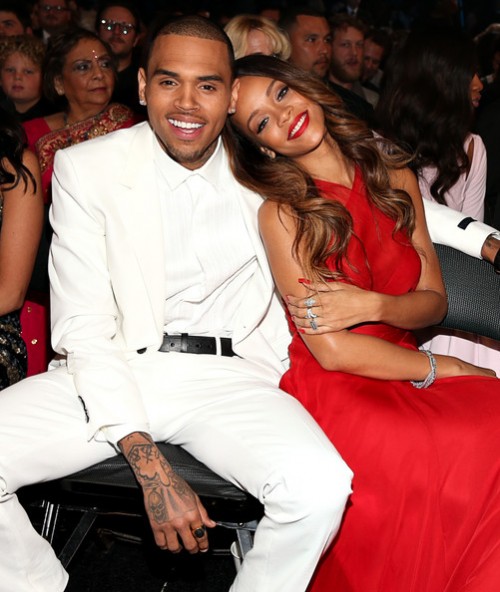 Chris Brown is tired is everyone ragging on him, he is frustrated that people are just not forgetting that he beat the crap out of Rihanna. On the weekend during the Academy Awards the host Seth MacFarlane took a potshot at the Chris/Rihanna situation.  Chris had this to say about it, “People attack me and criticise me, it happens all the time … But they don’t know me, and they don’t know us. It doesn’t bother me any more … Other people can judge us but they don’t know anything.”

So Chris has now decided if he tells people he regrets beating Rihanna it might help the situation.  He has called beating Rihanna, “deepest regret of my life, the biggest mistake.”  Good luck with getting people to believe that Chris!

Chris has gone one step further and is letting everyone know that he and Rihanna are good and back together.  He said, “she loves me — what can I say? I’m forgiven … but, yes, I worked hard for it.”