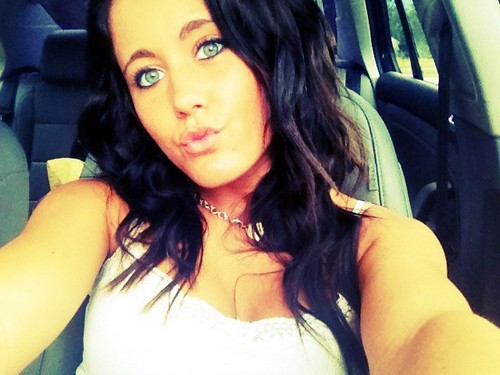 If ever there was an MTV poster child for how NOT to spend your college-age years it’s Jenelle Evans. I know, a lot of the other Teen Mom train wrecks have really given her a run for the title (Ahem, Amber Portwood) but I personally think that Jenelle has synched it. She seems to operate under the umbrella of thinking that says any publicity is good publicity and lays ever sordid detail of her life out on her Twitter feed for all to see. In truth this girl has had a hellish few months and it looks like she has decided to get some much needed help, again.

According to a source close to Jenelle she has checked herself into rehab to help her heroin addiction that has spun out of control, at least according to Radar Online.  She’s also there to get some help with heavy duty emotional issues. In case you lost track, within about three months Jenelle dumped one guy, married another, got pregnant then lost the baby and is divorcing. She also filed domestic violence charges against her soon to be ex husband. Jenelle’s life has been one big downward spiral and for a girl with substance abuse issues in her past, it’s not surprising that she started using again.

Let’s just hope that this time when Jenelle is released she aligns herself with much better people and decides that she wants a real life for herself and her son. Is there still hope for Jenelle or is she destined to keep making the same mistakes? Tell us your thoughts in the comments below!

Jenelle Evans Gets Into Feud With Nathan Griffith’s Girlfriend