Tyra Banks and Naomi Campbell Are At War, Again 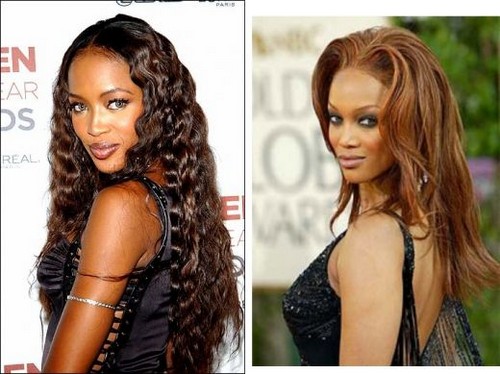 Models are supposed to be pretty catty and topping the list are former supermodel powerhouse’s by the name of Naomi Campbell and Tyra Banks. These two have a long-running history of feuding and although they supposedly buried the hatchet after 15 years of animosity, it didn’t last long. Naomi was tapped to star in the Oxygen Network’s The Face, a competition that has three teams of beauties vying for a contract to represent Ulta beauty products.

Tyra is absolutely furious because she feels that Naomi’s show is a piss poor rip off of her own hit show, America’s Next Top Model which has run on the CW Network for a decade now. Tyra is said to be slamming the show repeatedly but here’s the thing, it is actually doing well and it boasts a power house line up including models Karolina Kurkova and Coco Rocha. Adding insult to injury, Nigel Barker, who was axed after 18 seasons on Tyra’s show has now landed on his feet after joining the roster over at The Face. I’m sure she is absolutely furious over his decision to work with her enemy.

While Tyra may be flipping out over the show and insulting it every chance she gets it’s still doing pretty well in the ratings. I think she better focus a bit more on the things that are within her control, like ANTM which was recently scaled back in production. The show is now doing one season per year rather than two. It looks like she better hurry up and figure out how to makeover her show into something fresh and fierce or else it could be on its way out.

Are you a fan of either show? Tell us your thoughts in the comments below!

3 Comments
Leave A Reply
Cancel Reply
For All The Alaskan Bush People News!