The Bachelor Sean Lowe “The Women Tell All” Spoilers 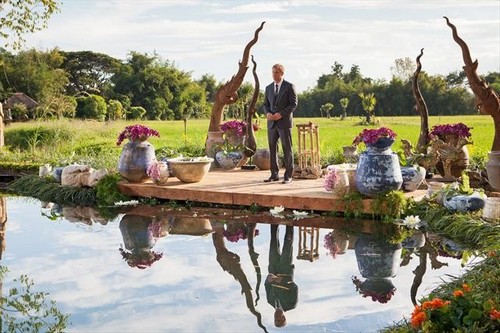 On the next week’s episode of The Bachelor – “The Women Tell All” Sean Lowe faces the women he rejected,  while Tierra confronts the other Bachelorettes and the drama starts and the claws come out.

There were highs and lows during Sean’s unforgettable season – and then there was Tierra, the most controversial bachelorette of the group. Tierra, who has been the woman viewers and the other bachelorettes have loved to hate all season, will return to have her chance to defend herself. Will she apologize for her behavior? Will she fight back and be her fiery self, or will viewers see another side of her?

It’s an explosive reunion viewers won’t want to miss, as the most memorable and fan favorite bachelorettes from this season – including AshLee, Desiree, Lesley M., Tierra, Selma, Sarah, Kacie B. — return to confront each other and Sean one last time on national television to tell their side of the story. Sarah seeks closure from Sean; Desiree explains about her journey of self-discovery; and a devastated AshLee reveals what she was thinking when Sean let her go in Thailand. Follow Sean and Chris on the Bachelor Bus as they shock fans at their viewer parties in the Los Angeles area, and take a sneak peek at the Season Finale and the final two bachelorettes – Catherine and Lindsay.

Fireworks erupt when Tierra, this season’s most divisive woman, takes the hot seat and tells her side of the story. The women are on the war path. If she thought she was being sweet and innocent, they thought she was delusional and fake. Then Tierra targets AshLee for their explosive fight, blaming her for being a bully and ganging up on her. But AshLee lashes back that Tierra shouldn’t have called her a “liar.” In the end, what — if anything — did Tierra learn from her “Bachelor” experience?

Heartbroken fan favorite Sarah is desperate to learn from Sean why he sent her home. She admits she was falling for Sean, and that he made her feel so special that she thought for sure she was “the one.” She is eager to move forward to try and find that special man in her life.

America’s sweetheart, Desiree, admits that she was in love with Sean and that her brother played some part in the demise of her relationship with the Bachelor. She also owns up to the fact that she could have been more open and vulnerable, and will take that lesson into her next relationship.

But the last woman sent home, AshLee, immediately appears upset and angry when she gets to the hot seat. She was ready to become engaged to Sean and walk away with him. Why didn’t she talk to the Bachelor the day of her rejection? She explains why she felt completely deceived by him and totally blindsided. But a “behind-the-scenes” confrontation between the two rocks the special, and then the estranged duo continue to battle it out on camera.

It’s the bachelorettes like you’ve never seen them before! The special also includes a sneak peek at the Season Finale and the final two bachelorettes – Catherine, whose sisters weren’t very supportive of Sean and Catherine’s relationship, and Lindsay, the woman who got out of the limousine on the first night in a wedding dress — who are competing for Sean’s heart and the final rose.