Kris Jenner’s Drinking Is Out Of Control: Family Intervention Needed! 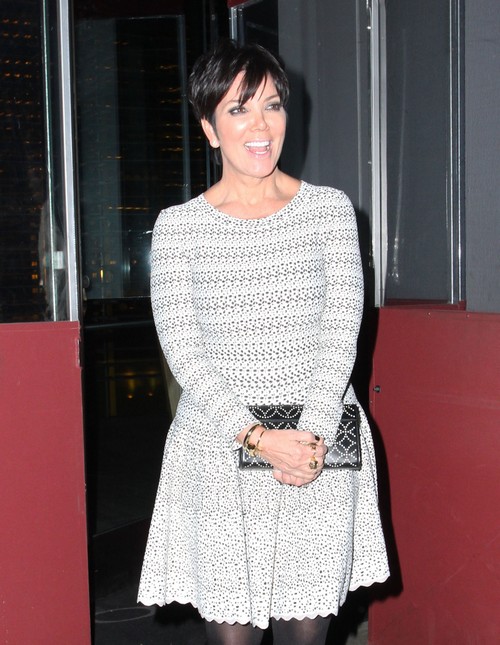 It looks like the past month of non-stop scandal is totally catching up with Kris Jenner. If you’ve watched her on Keeping Up with the Kardashians then you already know that Kris likes a glass (or bottle) of wine with dinner and there have been times when, even on camera, she has appeared drunk. Once or twice falling down drunk which is always fun to watch. 2013 has already been very unkind to the momager. Her ex husbands diaries were handed over to the press, detailing what a truly sh*tty mother Kris was when her kids were young. Her marriage to Bruce Jenner is hanging by a fraction of a thread thanks in part to infidelity rumors. Then there’s that bombshell that O.J. Simpson might actually be Khloe Kardashian’s real dad.

Then there’s the family business. Kris’ three oldest daughters are busy leading their own lives and no longer quite as anxious to put every second on display for the following cameras. This seems to have led Kris to pimp out her teen daughters to ensure that the money keeps rolling in. It’s just one more thing that she has taken heat for and when you roll all of that together, she’s a wreck and rumored to be hitting that bottle really hard. According to a source for Perez Hilton,

“She sometimes drinks at work and in the morning, and she always jokes about having her vodka and wine ready for her when she arrives at an event or at home … she’ll open a bottle of wine in the middle of the day and pour half a bottle in a giant glass and slug from it.”

Well, when I have seen Kris need assistance on camera because she is too drunk to maneuver around I can absolutely believe that now that things have gotten rough she’ll liquor up even more. My question is this: Why doesn’t she pimp out her own sordid problems to the highest bidder for exclusive coverage? She has no problem throwing her kids under the bus and making everything public, but there seems to be a double standard in place when it comes to her!

Do you believe that this lush will be packing a bag and heading off to rehab before the year ends? Tell us your thoughts in the comments below!