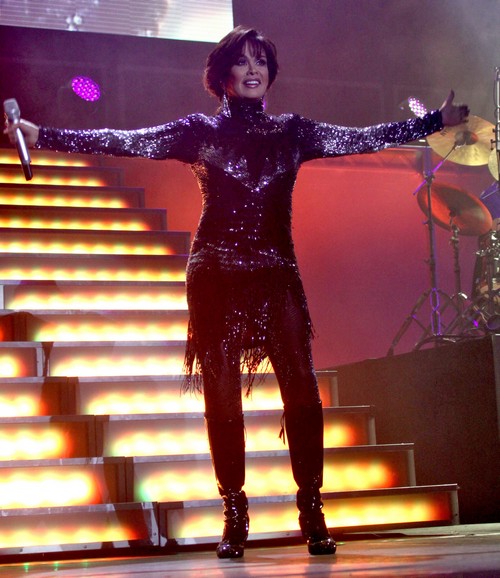 Marie Osmond has been the most supportive sister her brother Merrill Osmond could have only wished for, but not only that, she also convinced him not to take his own life after suffering from severe depression. Marie’s brother was very upset while going through menopause that he had contemplated killing himself — he couldn’t deal with the fact that he was getting older.

Fifty-nine doesn’t seem that old to us, so why in the world would you consider taking your life just because you happen to be getting older? It’s life! Well, thankfully for sister Marie, she managed to knock some sense into him, by letting him know that he needed immediate help – and the reason she thought this was best was because she had faced depression in the past as well, so she could easily relate to Merill’s issues.

The showbiz queen had infamously talked about her battle with depression back in 2002, in her memoir ‘Behind the Smile’ and four years later, she was rushed to hospital after passing out in her house. Her rep, at the time, had clarified that Marie had suffered from a bad reaction the doctor had given her, but then reports came out that she had actually tried to take her own life.

“He’d [Merrill] become so distraught over the effects of aging that he actually contem­plated killing himself,” said a source close to the family. “Marie knew exactly how Merrill felt because she’s been through terrible depression herself. She urged Merrill to seek help.” It seems like a common thing for someone in their family to struggle from this terrible disorder, after her adopted son, Michael, had also killed himself for the same reasons; he struggled to cope with depression and decided to take his own life.

According the National Enquirer, things have since calmed down in the household after seeing a doctor who had given him a testosterone pellet under the skin. “The last thing Marie wanted was for Merrill to end up like Michael,” said a family insider while Merrill added: “The testosterone was slowly released over a period of several months and gave me joy back in my life.”

3 Comments
Leave A Reply
Cancel Reply
For All The Alaskan Bush People News!