Harry Styles Is So Over Taylor Swift: Wants To Hook Up With Jennifer Lawrence 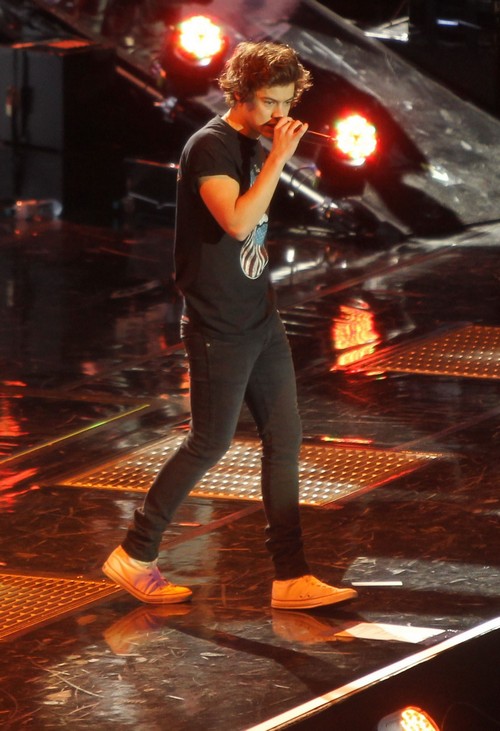 Harry Styles is hoping to snag a date with recent Oscar winner Jennifer Lawrence, after falling head over heels while watching her acceptance speech at the Academy Awards on Sunday afternoon. The singer, who is currently on tour with his One Direction bandmates, managed to squeeze in some time to watch the award show, and according to sources, he was blown away by how stunning she looked.

Harry is a very high-profiled star now that 1D have pretty much taken over America, so it’s possible that he could potentially win over J-Law, but only time will tell. The boys are crossing the pond in weeks to come which could mean Styles would have enough time to try and convince Jennifer to give him a chance. Hmmm – I think Taylor Swift’s recent comments about what a crap boyfriend he is have kinda ruined his chances, don’t you?

“He fell in love with Jennifer after watching her speech at the Oscars,” a source told the Daily Star. “Harry likes goofy girls and thinks it’s hilarious that she fell over as she went to accept her award for ‘Best Actress’. And obviously, like most men, he thinks she’s drop-dead gorgeous.”

This is the first time we can actually say that Harry has good taste in women, but we can’t possibly see Lawrence get together with him. Let’s just take a quick look down memory lane; he’s been with a bunch of girls in the past year while she has only been with two guys, she is classy, he isn’t. And most importantly, she’s an actual star, he’s just famous for being in a group that got lucky! So, if Jen is attracted to that, then go ahead! But don’t say we didn’t warn you. Ha.