Miley Cyrus And Liam Hemsworth Are NOT Splitting Up, Rep Confirms 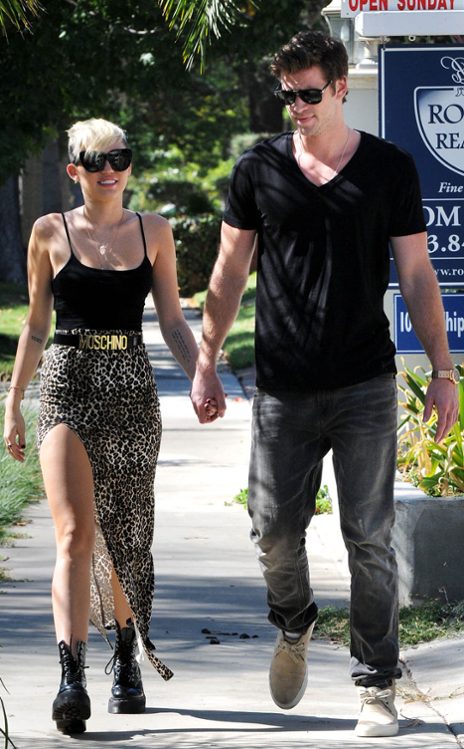 Miley Cyrus and Liam Hemsworth are not breaking up, nor will they be calling off their engagement, a rep for the two has confirmed. It all started with the Oscars, the 20-year old was seen living it up with friends at the Elton John after-party on Sunday night before heading over to the recording studio with her MALE assistant, Cheyne Thomas.

Liam was livid to hear that she was taking him to the Oscars, and though they had plans to go together, Hemsworth didn’t want to stand in his fiancee’s way, because to him, it looked very much like she has fallen in love with him. So, after a fiesty feud, Miley refused to listen to her fiance and decided to go the party anyway… with Cheyne, which explained why Liam was heading to a hotel with Mad Men actress January Jones — he supposedly cheated on her.

But the couple are calling the entire story BS. The two are said to have been apart on that particular night because they were both invited to different events so Miley decided to go with her friends to Elton’s party while Liam went to another, where he just so happened to have ran into January who drove with him to the party. Nothing wrong with that, right?

A close source to Miley’s team confirmed that neither of the them are arguing or fighting about anything; they are happily in love and look forward to their upcoming wedding. “They are totally together,” the source tells E! in a very short statement, but whether you believe it, is another thing. Personally, we think there was more to it than that. They definitely avoided each other at the Oscars and they’ll break up before the end of the year. Mark our words!