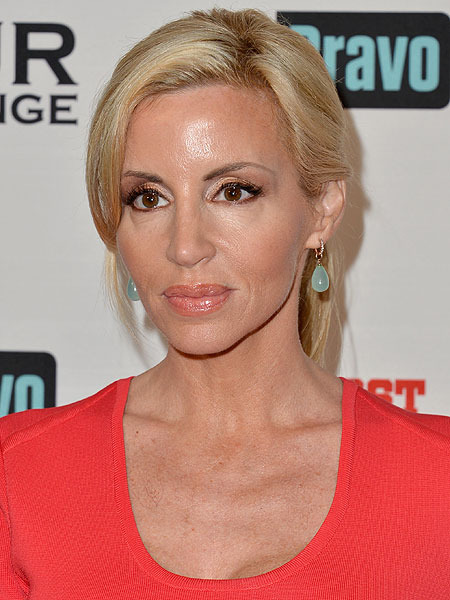 Camille Grammer plans to leave the Real Housewives of Beverly Hills once the reunion has been filmed because she feels like she’s no longer able to do anything in private without having a camera right in her face. The reality star, who was voted the most-boring castmember out of all the girls, has already told producers on her wish to leave, and they’re not stopping her.

Camille hasn’t brang anything to the table since she joined the show. She changed her character a little bit in season two of the show but that was only because people had told her how boring she was to watch, sources explained. Grammer doesn’t want to be portraying a character that she isn’t in real life so instead of acting fake on reality television, she’d rather not deal with the drama and live a quiet lifestyle in Beverly Hills.

An insider told People: “There were some good times and some not so good times, but it’s very hard to live your life out on the screen.” The source continued that Adrienne Maloof has already made it clear she won’t be returning to the show now that a lot of heartbreak has been going on in her life with the divorce to her husband — there’s just too much going on that she feels doesn’t have a place for television. They said:

“[Adrienne] thinks [the show has] gotten silly and petty, and she’s frankly ready to move on… Don’t expect her back for season four. [But Camille] is definitely a much stronger person now than when she started.” Well, at least we’ll still be treated to hilarious moments with Brandi Glanville and Lisa Vanderpump! They’ll keep the show entertaining. Oh, and this must mean two new housewives are joining the show, right?