Another Reason Why Everyone Hates Anne Hathaway: She Threw A Massive Fit Over Her Dress At The Oscars 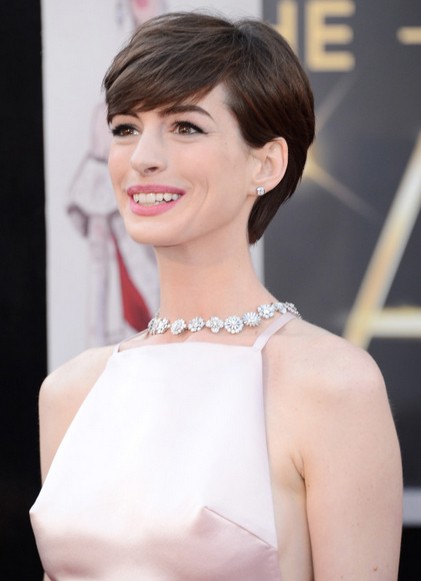 Anne Hathaway is great actress, but her personality comes across really unlikeable. The actress threw a massive fit over the dress she was supposed to wear at this year’s Academy Awards – which were held last week. She has been discussing what she was thinking about wearing to the event with her Les Miserables co-star Amanda Seyfried.

According to reports, when Seyfried had shown Anne the picture of the dress she had wanted to wear for the Oscars, Hathaway freaked out because it looked very similar to the dress she had thought about wearing. Hathaway constantly tried to persuade Seyfried to change her mind on what she was going to wear, but Amanda had already made her mind up — she wanted to wear that particular outfit and wasn’t going to budge.

This infuriated Anne who couldn’t seem to get her way on this one. A source told US Weekly: “Anne was like ‘WTF?!’ She started throwing a fit! Amanda didn’t want to deal with it and left the rehearsal. Anne made the fashion, make-up, hair and jewelry teams wait at her home for hours as she decided what to do about the dress debacle.” So, by the looks of it, Anne seemed to have been extremely annoyed that she couldn’t get her way, as usual,- well, too bad!

And what’s funny about this was that the actress actually apologized for not having worn the Valentino dress – that supposedly looked very similar to Amanda’s one – in a statement she gave just hours after the Academy Awards. Hathaway sugar coded her words, when all she really wanted to say was someone copied by dress and I’m not willing to wear the same thing. But instead, she said: “It came to my attention late Saturday night that there would be a dress worn to the Oscars that is remarkably similar to the Valentino I had intended to wear, and so I decided it was best for all involved to change my plans.”

“Though I love the dress I did wear, it was a difficult last-minute decision as I had so looked forward to wearing Valentino in honor of the deep and meaningful relationship I have enjoyed with the house and with Valentino himself.” Hathaway added: “I deeply regret any disappointment caused.”

Is this woman unlikeable or what?!!? She needs to shut her mouth and stop causing a scene about everything. Besides, that dress that Amanda wore to the event could have never been pulled off by Anne anyway. 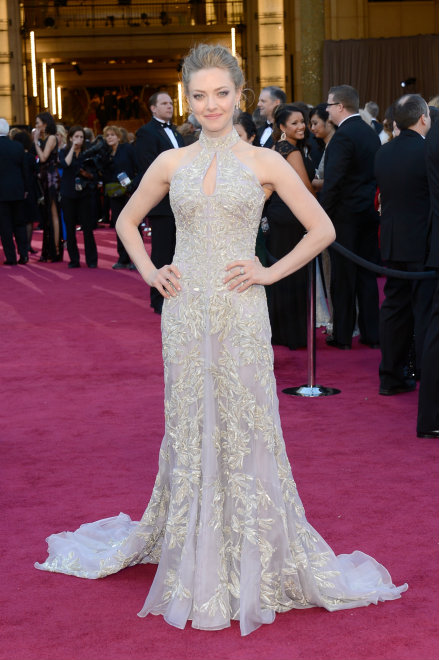 Amanda Seyfried And Justin Long To Split Up Because Amanda’s Dating History?

Amanda Seyfried Is ‘Hooking Up’ With Justin Long