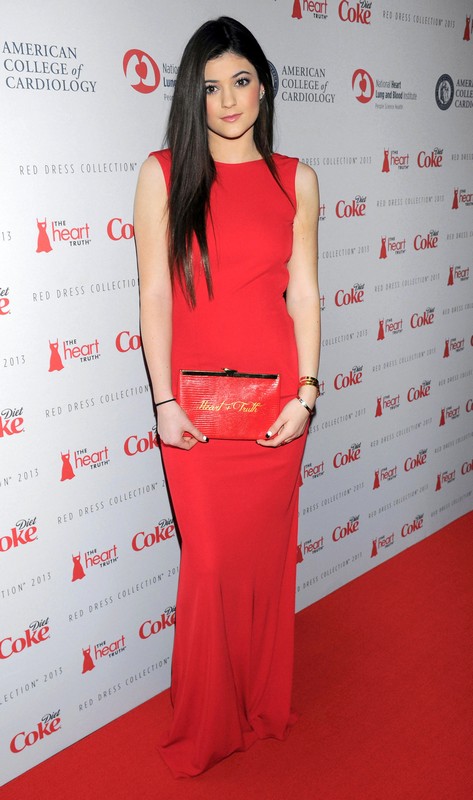 Kylie Jenner is dating Jaden Smith, sources confirmed, and it’s starting to look like it runs in the family. The two have been enjoying several dinner dates across the pond in London as they take a short vacation from the madness over in Los Angeles — the paparazzi in the UK is less aggressive when it comes to celebrities, that’s for sure.

By the looks of things, seeing that Kylie is 15-years old and Jaden is fourteen, the little fella is making a move on an older girl. How adorable. Ha. In recent months, we have seen Will Smith’s son make several visits over to the Kardashian house, while he also attended Kendall Jenner’s birthday party last year. Jaden has known the Jenners for a couple of years, but now that him and Kylie are a little older, they’ve experienced a romantic link between each other.

I’m assuming Kylie flew over to the UK to be by Jaden’s side after all the drama he caused when he allegedly tried to enter a nightclub to celebrate Justin Bieber‘s bithday despite the fact that he is clearly underage. Justin has since denied those reports, slamming the media by saying: “The funny moment when people believe I brought underage people to a club.. U think Will [Smith] is letting his 14 year old in a club, I don’t think so.. 2nd I love how the club wanted to give the press another reason to why we didn’t stay at their weak ass club so they wouldn’t look bad for me walking in and right back out..i said my “worst bday” but that was due to dummies pushing over my fans and being overly aggressive.”

Whatever the reason for Kylie flying to London,- there’s definitely chemistry between them, that’s certain. Check out what Kris Jenner made of her daughter’s close relationship to Jaden — she says they are dating!