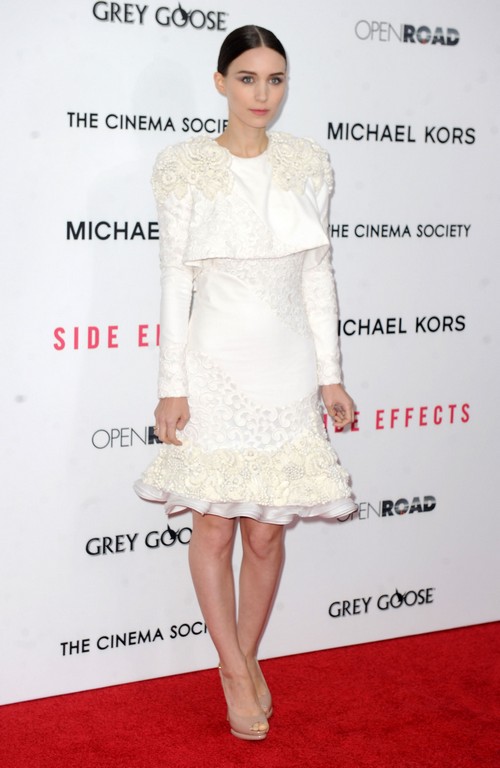 Rooney Mara has shared her interest in starring as Anastasia Steele in the ever-so-popular Fifty Shades of Grey movie adaption. While it was recently claimed that no casting has taken place just yet, the author of the book E.L. James is having a look around Hollywood to see who’s interest in this particular role. So far, we’ve heard that Ian Somerhalder and Zac Efron are in the running to play Christian Grey in the film, but yet no talk on the female lead.

The Girl with the Dragon Tattoo actress says that she has read the book and loved everything about it; she feels that the character relates very much to her and it would not only be an honor, but a piece of cake to get into the role as Anastasia. Further explaining that she has a frenetic energy and a lot of darkness, she would feel right at home on the set.

“I’m interested in the duality of people,” Mara shared in a recent interview with The Daily Beast. “I have a lot of darkness and frenetic energy inside myself, so it’s easier for me to portray people with shades of gray.” She makes a good point; she has large eyes and dark hair, which are pretty much spot on for the role of Ms. Steele — now it’s just a matter of knowing if she can act the storyline as well as she looks.

She’s a good actress, we’d say – a little shallow, but knows how to pull of a good script. Is she the right person for the movie, though? I’m not too sure. Other celebrities who have shown interest in this role are Alex Beledel, Emma Watson, Mila Kunis and even Ian’s hot girlfriend, Nina Dobrev. Out of all of these girls, I’d probably want Mila or Nina to play the part; knowing that they are bold, strong, energetic people, they’d do a great job in the sex scenes. Ha.