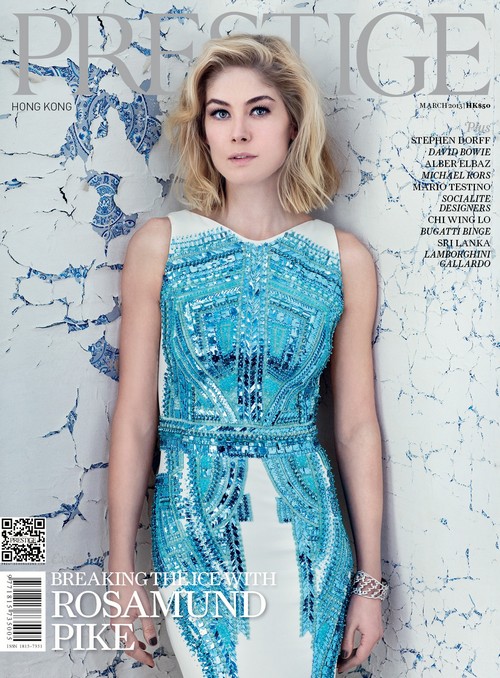 And surprise them she dif, by not only linking arms with their writer for an impromptu visit to a Valentino exhibition at nearby Somerset House, but also by revealing an unexpected penchant for fun and spontaneity.

Despite first attracting attention as Miranda Frost (a name and persona that instantly helped brand the blonde British actress as the Ice Queen) in Die Another Day, Pike has put her stint as a Bond girl way behind her with roles in films as varied as the Restoration drama The Libertine, Ang Lee’s Pride & Prejudice and most recently alongside Tom Cruise in the thriller Jack Reacher.

“If the Bond film is mentioned I’m thrilled; it launched my career. But it’s not who I am, and I don’t think it defines me as an actress,” Pike says about dispensing with the Bond girl association, as she goes on to talk about her new venture into screenwriting and her desire to write films with good roles for women. She also reveals her love of clothes and dressing up: “I think feeling dressed, feeling ready to face the world – I’m all for that.”