Kate Middleton Fighting with Queen Elizabeth Over Choice of Godparents 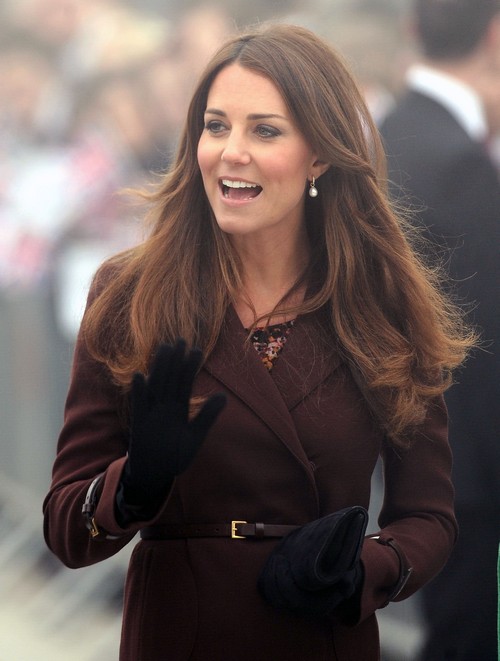 It’s not easy being the newest member of the royal family. Kate Middleton is already adored by royal watchers and the fact that she’s expecting a royal heir has only made her that much more popular. She hasn’t been afraid to clash with Queen Elizabeth on issues that matter. She and Prince William broke from royal tradition over the holidays to include spending time with the Middleton’s. She’s also insisting on a hospital birth rather than a palace delivery.

Now it seems Kate and the Queen are butting heads over who should be her baby’s godparents. Kate wants her siblings, Pippa and James Middleton to be her child’s religious sponsor. We already know the special kind of party girl that Pippa is and James is also a mess. He is a college dropout that has been scorned by the royals for selling cakes that feature an image of Princess Diana. According to The National Enquirer James has needed family funds to bail him out of bankruptcy too.

The queen would prefer a more stable choice for godparents and she’s strongly suggesting that Kate choose Prince Andrew and his daughter, Princess Beatrice. While Kate has prevailed and gotten her way on quite a few issues since marrying Prince William, this might be one that she has to buckle on. An heir to the throne needs suitable godparents and in the Queen’s mind there is no way that the Middleton’s other children represent that.

Should Kate’s brother and sister be chosen or should the Queen win this round? Can you imagine Pippa raising Kate’s baby in the event of a tragedy? Should an heir to the throne be raised by royals? Tell us your thoughts in the comments below!