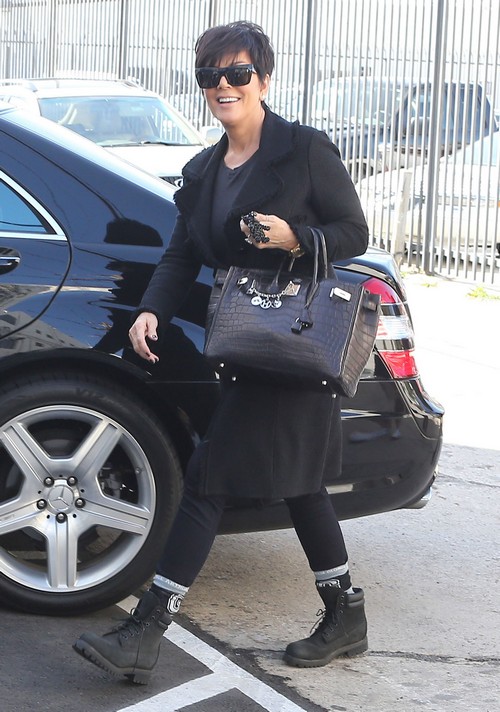 Kris Jenner is furious that her daughter Kim Kardashian wants to quit Keeping Up With The Kardashians.  Kris is all about the $$$$ and does not anyone to jeopardize her money train.  Kim recently hinted in a DuJour interview that the upcoming season of KUWTK would be her last.

According to a source for National Enquirer, “After hearing that Kim dissed the family empire in a magazine interview, Kris flipped out and called a summit at her office.”

Don’t forget Kris gets a whopping 10% of all the money her children make and Kris does not want to lose one penny.  Kris also had her eye on managing Kanye West.  “Kris has wanted to manage someone of Kanye’s stature and talent for a very long time.  She feels that it could open even bigger doors for her career, and she is always looking to expand her client base.”

It was just revealed that Brody Jenner is about to join KUWTK.  A source leaked,“Brody Jenner is going to be a full-time cast member on the next season of Keeping Up With The Kardashians.”  But that 10% is not going to make her happy, it is not enough.

Kris wants Kim to stay on reality TV and she also wants to rep Kim, Kanye and the new baby.  She sees $$$, Kanye makes more money than the whole family put together.  But is looks like that is not going to happen.

To read more on Kris’s manager meltdown, pick up the current issue of National Enquirer on newsstands Thursday.